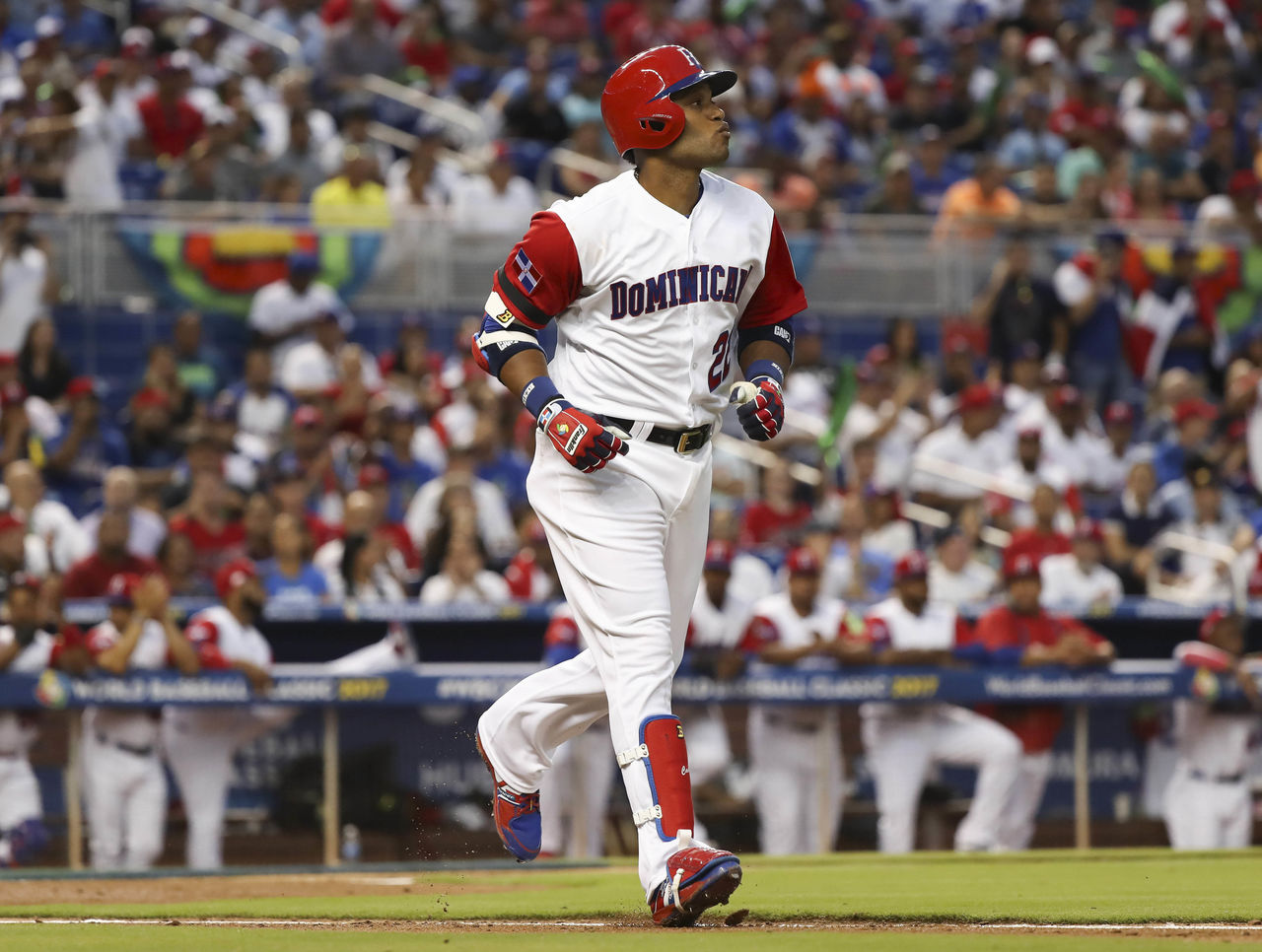 Jose Bautista said earlier this month that he wants to remain in Toronto for the rest of his career, but on Thursday, he was sticking it to his adopted home north of the border.

Bautista went 3-for-4 with a home run and four RBIs as the Dominican Republic opened Pool C with a 9-2 thrashing of Canada at the World Baseball Classic in Miami.

The reigning champion Dominicans entered the tournament as favorites along with the United States and showed why on Thursday with a dominant offensive outburst that saw every starting position player record a hit. They’d finish the game with 15 in total, including five for extra bases.

Welington Castillo provided a two-run homer for the Dominicans as part of a four-run second inning, while Jose Reyes finished 3-for-5 with a double and stolen base.

Dominican starter Carlos Martinez was sharp in three innings of work, allowing one run off three hits, while striking out three. He cannot pitch again in the first round, however, after throwing 53 pitches.

Having not pitched in the majors since 2013, Canada’s starter Ryan Dempster tossed a scoreless first inning but got into trouble in the second, allowing four runs off six hits in the frame. He did not return for the third inning.

Canada received little production from its middle of the order, with Justin Morneau, Tyler O’Neill, and Freddie Freeman combining to go 0-for-11 with five strikeouts.

Canada will play its second game of the tournament against Julio Teheran and Colombia on Saturday at 12:00 p.m. ET, while the Dominican Republic faces the United States at 6:30 p.m. ET.