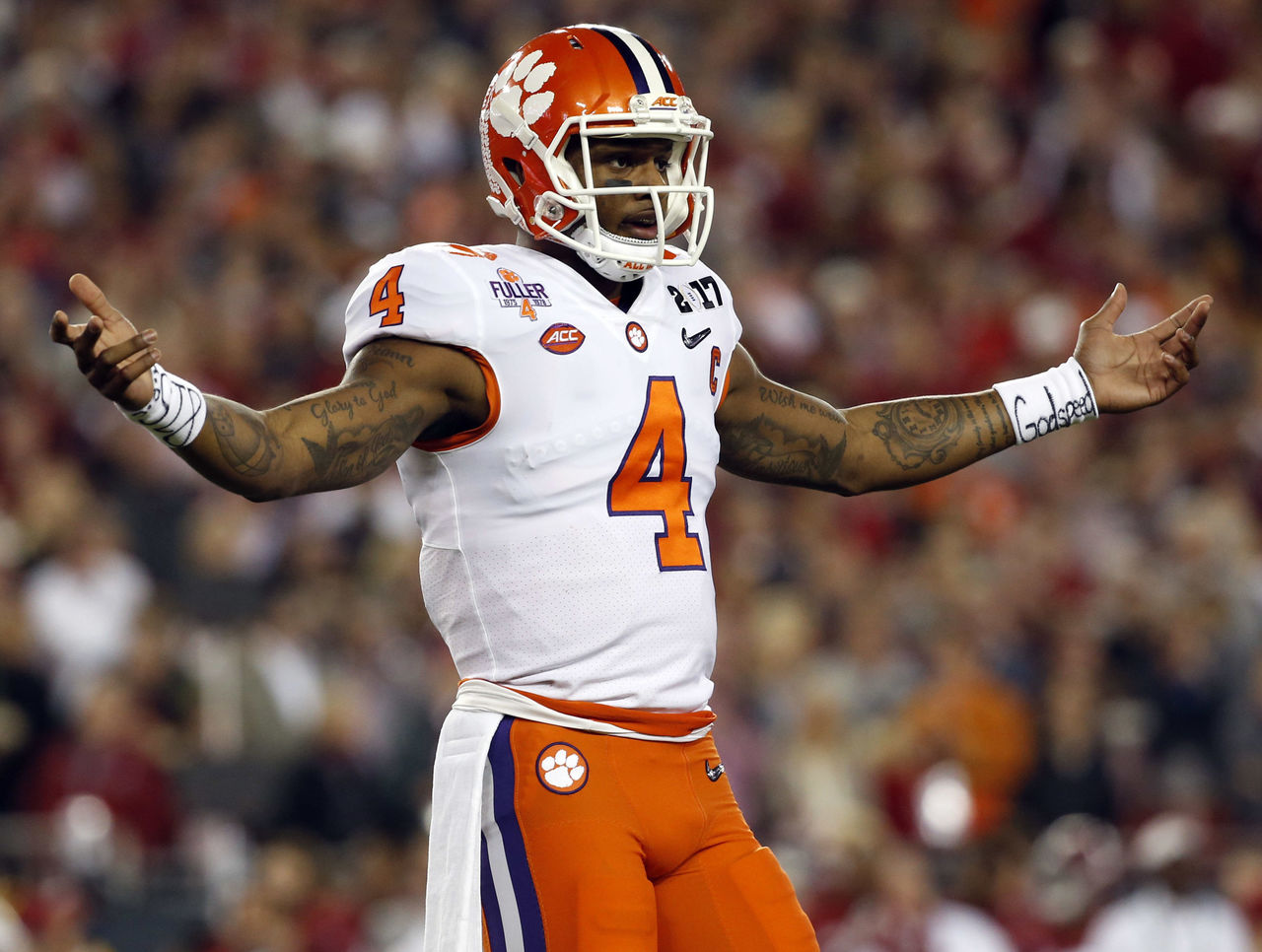 Deshaun Watson has heard all the criticism of this year’s quarterback class, but he isn’t letting the negative talk affect him.

Asked Friday about the perceived weakness of this year’s crop of QBs, which is headlined by the former Clemson standout, Mitch Trubisky, and DeShone Kizer, Watson said the critiques will make their success in the NFL all the sweeter.

“It’s just going to make the documenting and storytelling in five or 10 years even better,” Watson said, according to Connor Hughes of NJ Advance Media. “That’s just their opinions. They’re not facts. We haven’t stepped foot on an NFL field yet, so they don’t know what’s going to happen.”

While Watson, Trubisky, and Kizer are all considered first-round prospects, none are viewed as slam-dunk top-10 picks or instant franchise quarterbacks.

“I understood it was going to come,” Watson said. “They are obviously going to poke holes. If I were in their shoes, I’d poke holes, too.”

What sets Watson apart from his contemporaries is his team success. The 21-year-old went 33-3 at Clemson and won a national championship this past season, and he believes he’ll be able to continue his winning ways in the NFL.

“The one thing that translates from college to the NFL is winning,” Watson said. “I think being a quarterback, that’s the biggest thing that should be recognized. Winning games.

“Playing in the ACC was great. It’s very talented. There were a lot of guys who played there who are now in the NFL. The ACC prepared me for a lot of big games, big moments, the spotlight and the shine. I won’t be surprised when I get to the next level because I was able to do it at the collegiate level.”