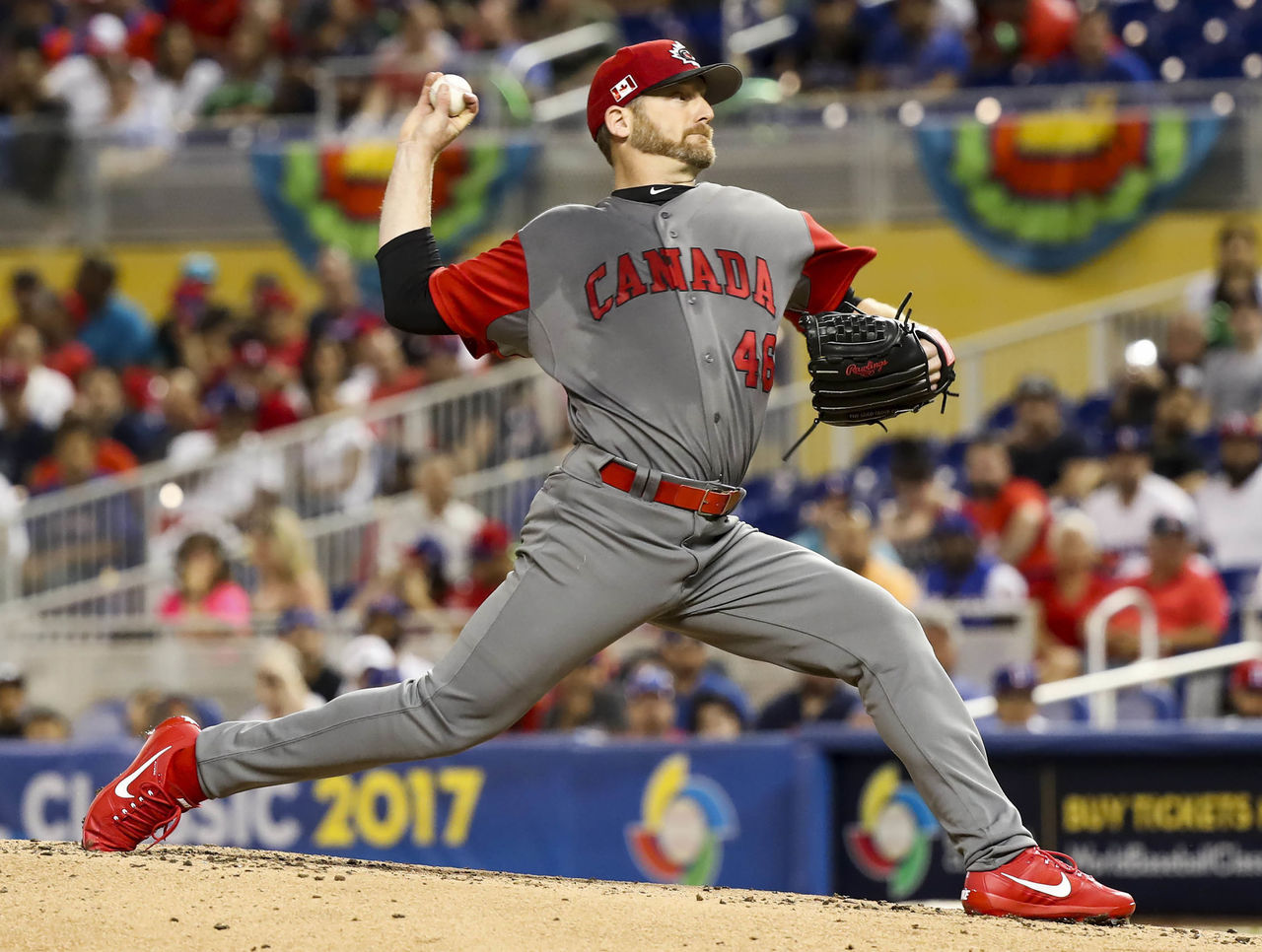 The 39-year-old right-hander got the nod for Canada for its opener against the highly favored Dominican Republic on Thursday at the World Baseball Classic and lasted just two innings.

Dempster stranded runners on the corners in a scoreless first inning, but got into trouble in the second as the Dominican side pounded out four runs off six hits – including a two-run homer from Welington Castillo – jumping out to an early 4-0 lead. Dempster then got Carlos Santana to fly out to center to end the inning and was replaced by Andrew Albers to start the third.

“This was like an All-Star team,” Dempster told MLB Network during the fifth inning. “They never quit, fought off a lot of pitches. They just kept coming.”

A veteran of 16 big-league seasons, Dempster last pitched in the majors in 2013 with the Boston Red Sox. He missed all of the 2014 season with injury before retiring that October, but indicated earlier this winter his desire to pitch in the tournament.

“I thought he did OK,” Canadian manager Ernie Whitt said during the fourth inning. “He kept us in the ball game, now it’s up to our bullpen to keep us in there.”