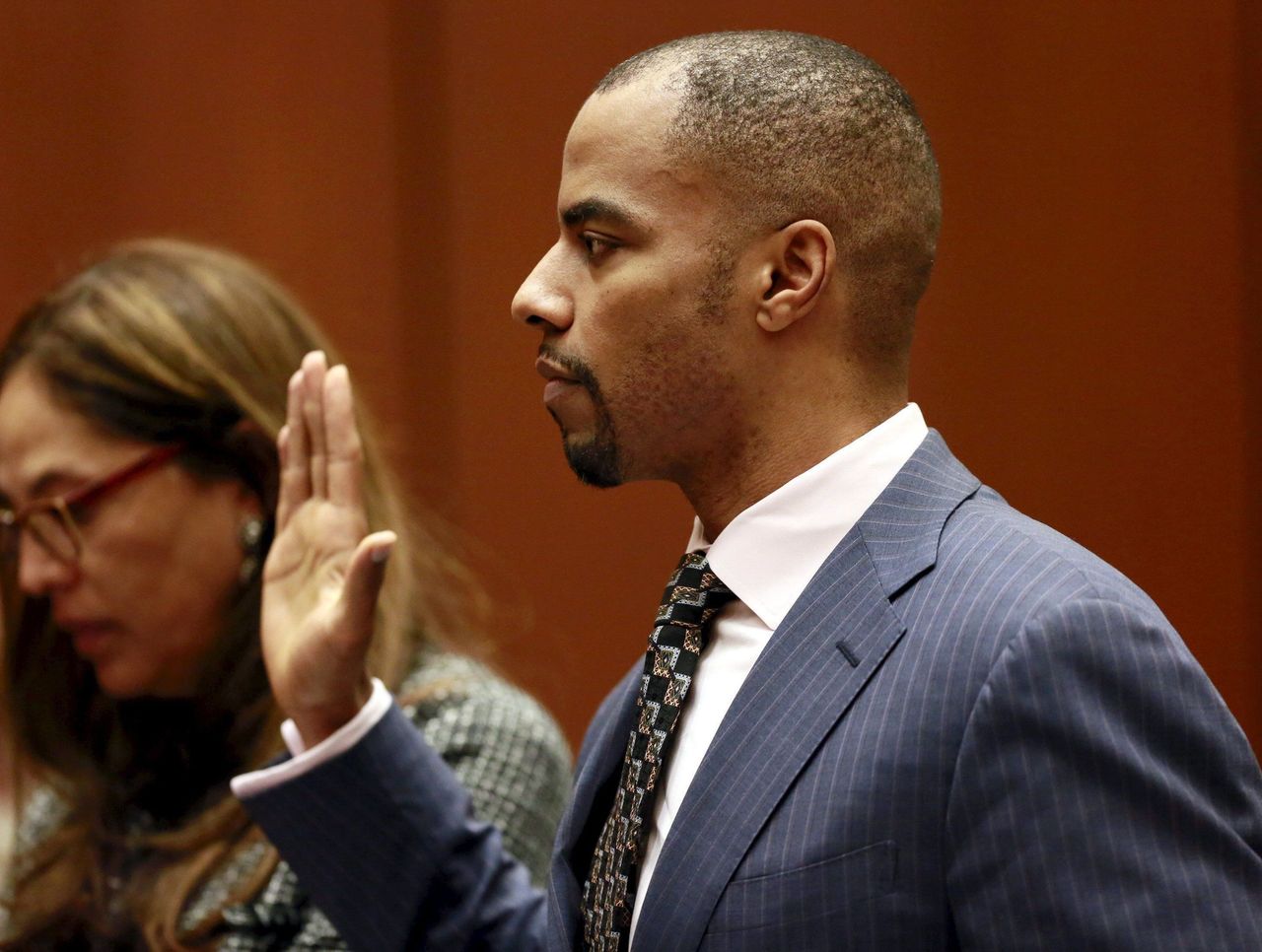 LAS VEGAS – A Nevada judge sentenced former NFL star Darren Sharper on Thursday to as many as eight years in prison for attempted sexual assault in Las Vegas as part of a four-state plea deal that could keep him behind bars for nearly two decades.

Sharper was ordered to serve the Nevada sentence concurrently with an 18-year sentence he has already begun on state and federal charges in Louisiana.

The former All-Pro defensive back is appealing the conviction and sentence in Louisiana after previously pleading guilty to drug and sexual assault charges.

The Nevada charges stemmed from a 2014 incident in Las Vegas where two women said Sharper drugged them after they met him at a nightclub.

Civil rights lawyer Gloria Allred spoke in court on behalf of one of the victims before Clark County District Judge Michelle Leavitt sentenced Sharper to 38 to 96 months in prison and ordered him to register as a sex offender in Nevada.

”Writing this statement brings me to tears even though it’s been so long,” Allred read from the woman’s statement. ”I have been fighting for almost three years and to not get the opportunity for my voice to be heard in person makes me sick.”

It was not immediately clear why the woman did not attend the sentencing.

During a 14-year NFL career, Sharper played in Super Bowls with the Green Bay Packers and New Orleans Saints. He retired in 2011 and was working as a broadcast NFL analyst when allegations surfaced that he had drugged and raped women.

Sharper pleaded guilty or no-contest in state and federal courts to charges that he drugged and sexually assaulted women in Arizona, California, Nevada and Louisiana. The four-state deal was initially expected to send Sharper to prison for about nine years.

However, U.S. District Judge Jane Triche Milazzo in Louisiana rejected that sentence as too light.

Two other men were sentenced earlier this month after pleading guilty in state and federal courts in the Louisiana case, which involved women being assaulted in 2013.