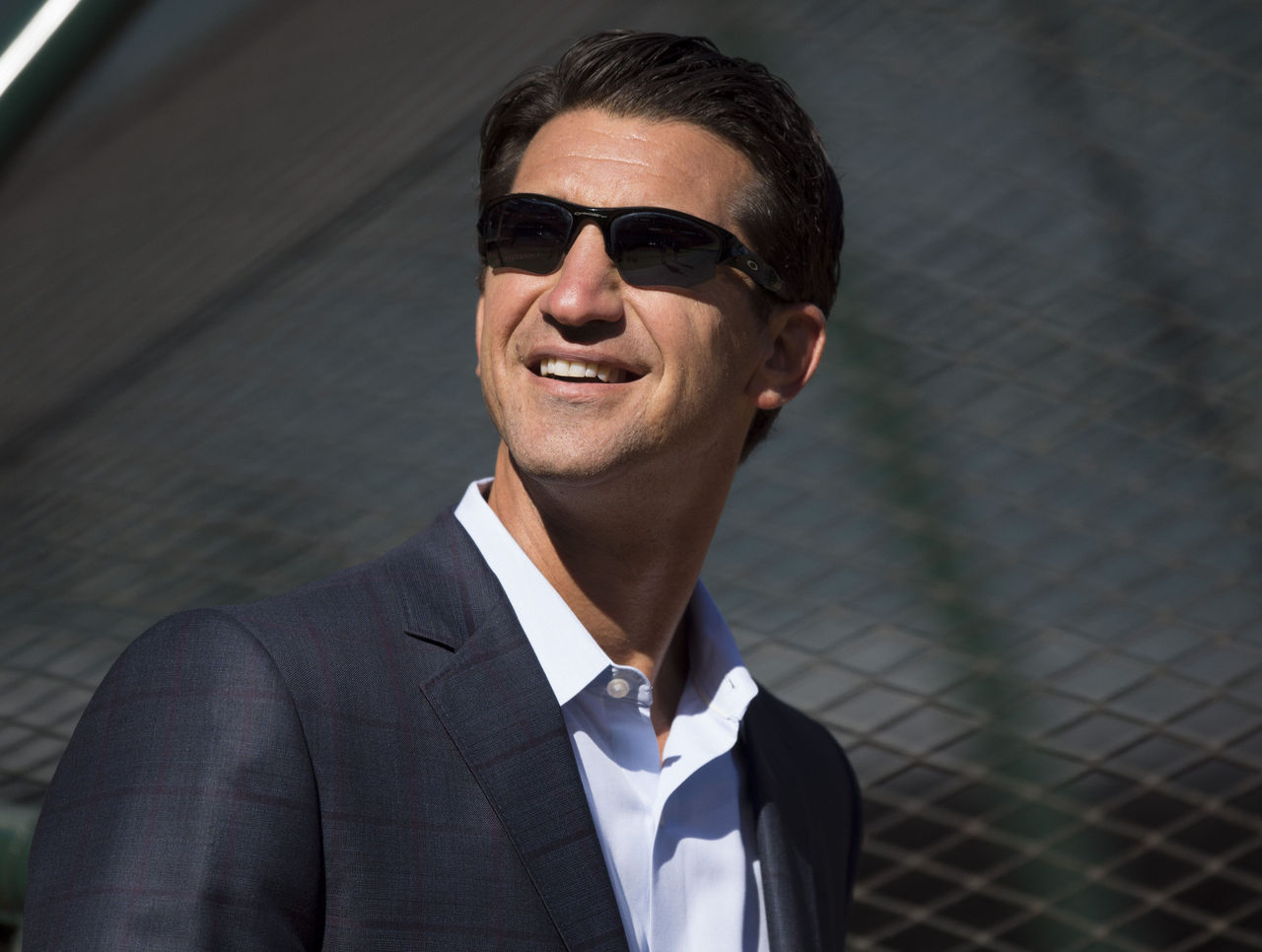 The Arizona Diamondbacks have found their replacement for Dave Stewart, as the club named Mike Hazen – who spent the last 13 months as general manager of the Boston Red Sox – their new executive vice president and GM on Sunday.

Hazen will be introduced at a press conference Monday morning at Chase Field. According to Ken Rosenthal of FOX Sports, the club also interviewed Kim Ng, J.J. Piccolo, and Peter Woodfork, among others, and spoke informally with Alex Anthopoulos and Jason McLeod before deciding on Hazen.

“Mike’s background is the perfect balance of scouting, player development, and analytics, which will all play an important role going forward,” Diamondbacks CEO Derrick Hall said in a statement. “He’s a natural leader, who we feel fortunate to have been able to hire, and we welcome him and his family to Arizona.”

Hazen, a Princeton graduate and former minor-league outfielder, spent the last decade with the Red Sox, taking over as their director of player development in 2006. Under then-GM Ben Cherington, Hazen was named assistant general manager in 2012, and three years later was promoted to general manager following the hiring of Dave Dombrowski as president of baseball operations.

Under Dombrowski, whom the Red Sox plucked away from the Detroit Tigers last August, Hazen didn’t have final say over baseball decisions, but the 40-year-old Massachusetts native had no problem with their power dynamic.

“Obviously, the role of general manager will be a little bit different here with Dave, but power’??s not something that any of us talk about or look at,” Hazen said last September. “Dave is going to be making the decisions in the end.”

That may or may not be the case in Arizona, where chief baseball officer Tony La Russa remains a principal character in the front office.

Before he can start rebuilding an organization ravaged of late by ill-fated and imprudent moves, though, Hazen’s first task will likely be finding a replacement for manager Chip Hale, who was fired along with Stewart immediately following the 2016 campaign.

“I’m extremely grateful for this incredible opportunity to help the D-backs reach the next level,” said Hazen. “This is a franchise that has experienced a lot of success both on and off the field in less than two decades of existence, and I’m looking forward to working with Ken (Kendrick) and Derrick to help bring back a tradition of winning to Arizona.”