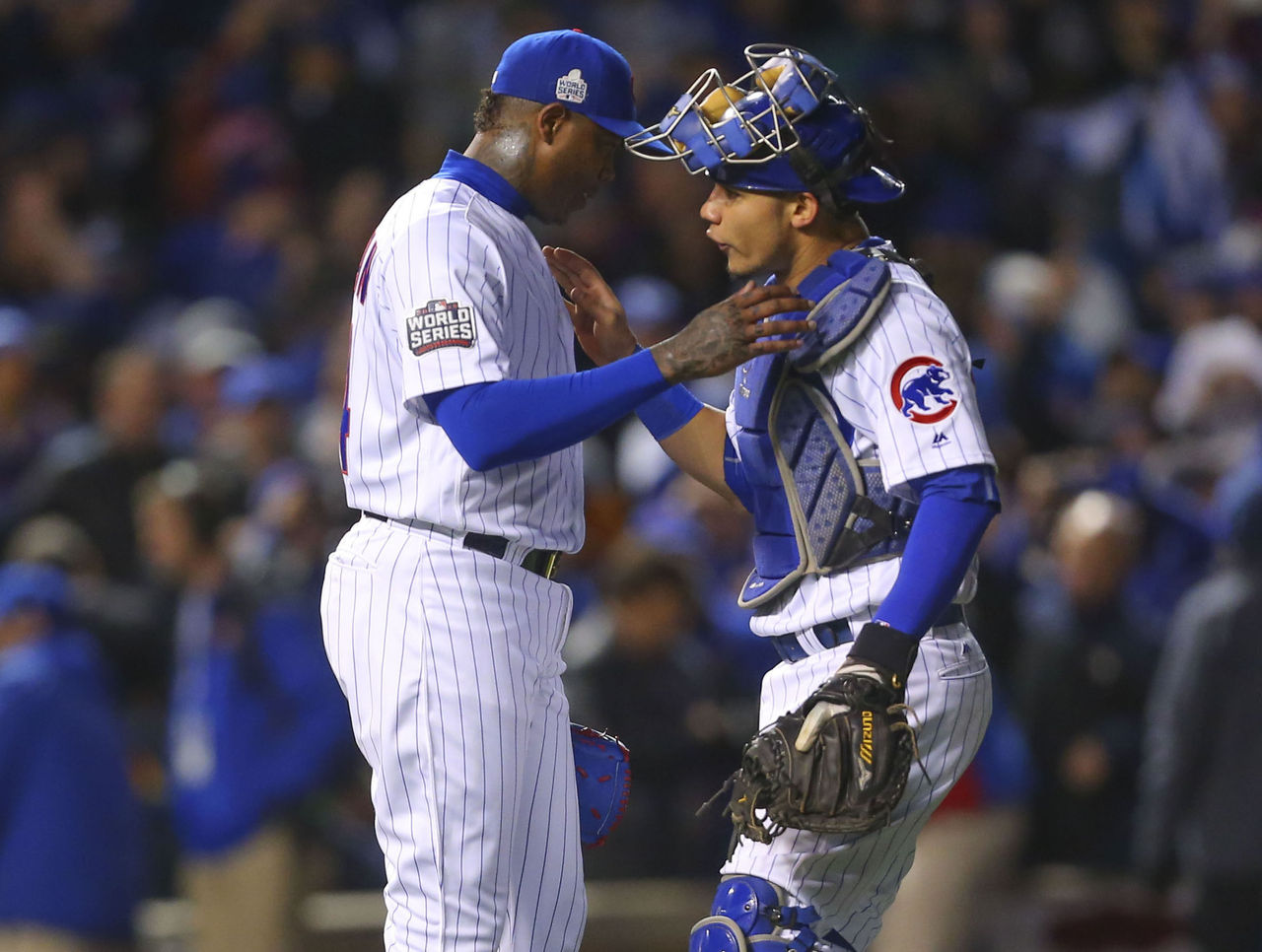 Despite his offensive struggles, rookie Willson Contreras will start at catcher for Game 6 of the World Series.

Contreras will catch right-hander Jake Arrieta on Tuesday night, as the Cubs try to avoid elimination, with the Cleveland Indians leading the series 3-2.

Contreras has only one hit in 14 World Series at-bats, and with Jon Lester in the bullpen for Games 6 and 7, veteran David Ross would likely enter to catch the left-hander.

“You’d have to make a decision how you want to utilize that if you actually put Jonny (Lester) in the game,” Maddon said. “Who you want catching Jon in that moment? So there’s a lot of little subplots going on.”

The manager also added that Kyle Schwarber will re-enter the lineup as the designated hitter, as the series shifts back to American League rules.

“I’m a much bigger fan of the National League game in general, but under these circumstances, where we are right now in the year, I’ll take that American League game just to get Schwarbs involved,” Maddon said.