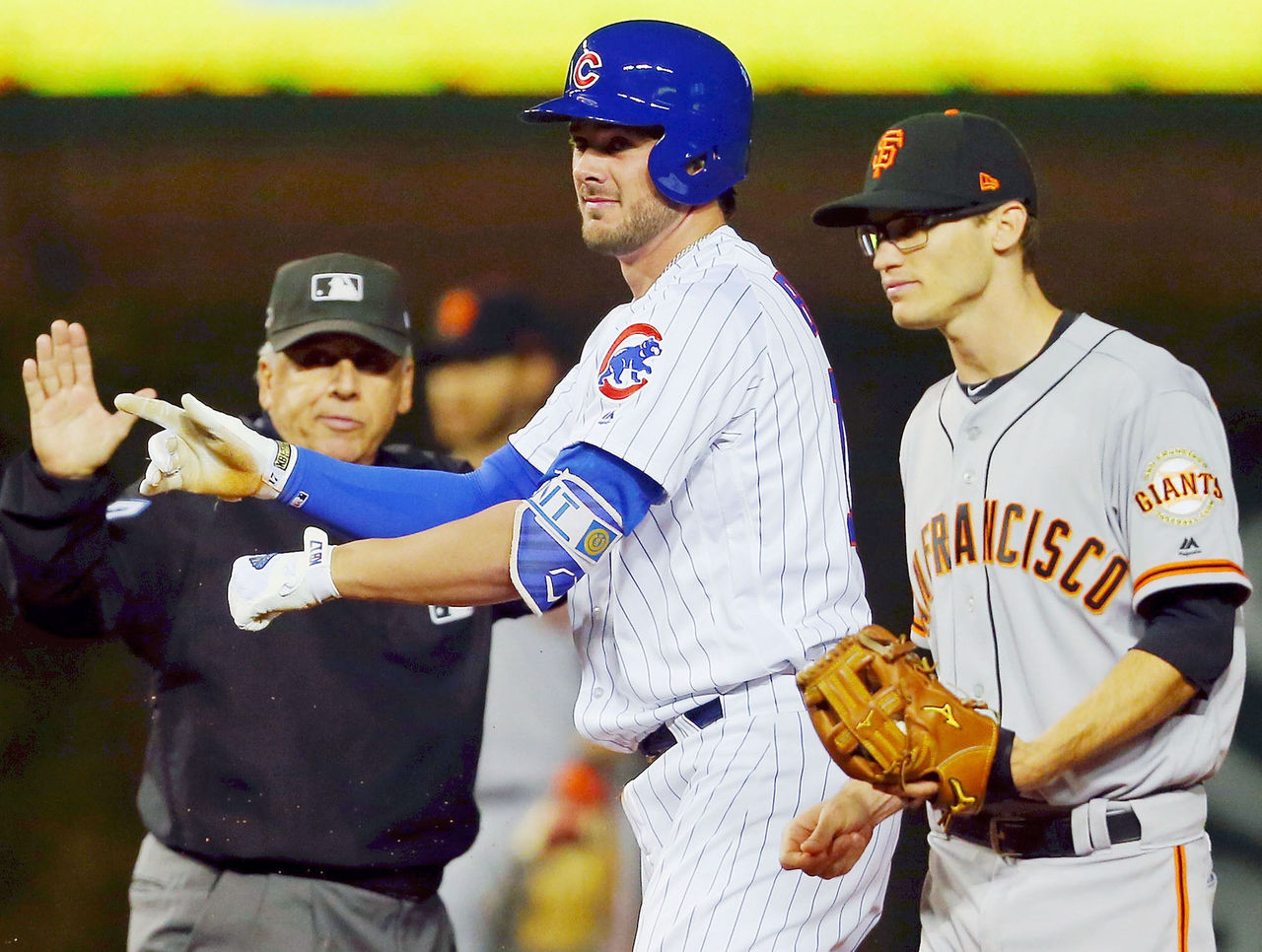 Lineups for Game 2 of the NLDS between the Chicago Cubs and San Francisco Giants are set.

Despite only managing to score one run in Friday’s opener, Cubs manager Joe Maddon is rolling out the same lineup – with the exception of his battery. Kyle Hendricks will take the mound, and instead of David Ross behind the plate, Willson Contreras gets catching duties.

The Cubs only managed to scratch three hits against Johnny Cueto, two of them coming from Javier Baez.

The Giants made a number of changes ahead of Game 2.

Veteran outfielder Denard Span will get the start in center field, while Conor Gillaspie and Joe Panik are inserted at third and second base, respectively.

Jeff Samardzija will get the ball for his second career start against the Cubs. In his only previous start against Chicago, he lasted four innings, giving up three runs on five hits.