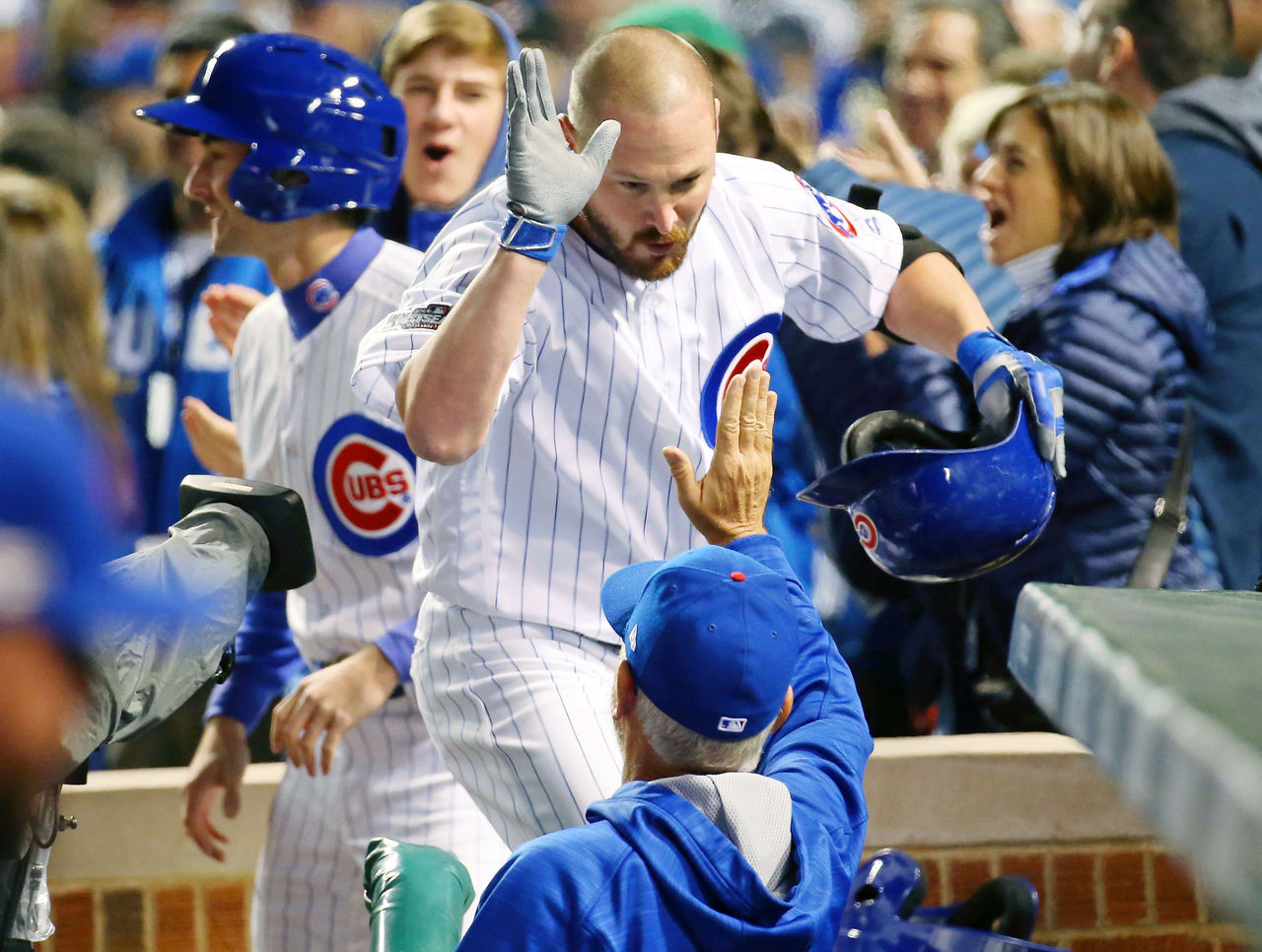 Ben Zobrist put Chicago ahead in the first with a run-scoring single off former Cubs pitcher Jeff Samardzija, and Hendricks hit a two-run single in a three-run second.

Hendricks left with a 4-2 lead in the fourth when he was hit on the right forearm by Angel Pagan’s line drive.

Wood struck out Conor Gillaspie to strand Pagan, then sent a one-out drive into the left-field bleachers in the bottom half. The only other reliever to homer was the New York Giants’ Rosy Ryan in Game 3 of the 1924 World Series.

Given a curtain call by a screaming crowd of 42,392, Wood joined Rick Sutcliffe (1984) and Kerry Wood (2003) as the only Cubs pitchers to go deep in the postseason. Travis Wood has hit nine regular-season homers in his big-league career.

Wood pitched a hitless fifth and was credited with the win. Four more relievers completed Chicago’s second straight six-hitter, with Aroldis Chapman throwing 12-of-16 pitches at 100 mph and up for his second consecutive save.

Madison Bumgarner, coming off a four-hit shutout of the New York Mets in the NL wild-card game, tries to save the Giants’ season when the series resumes Monday in San Francisco. The Cubs, who start reigning NL Cy Young Award winner Jake Arrieta, are one win from advancing to an NL Championship Series matchup against the Los Angeles Dodgers or Washington Nationals.