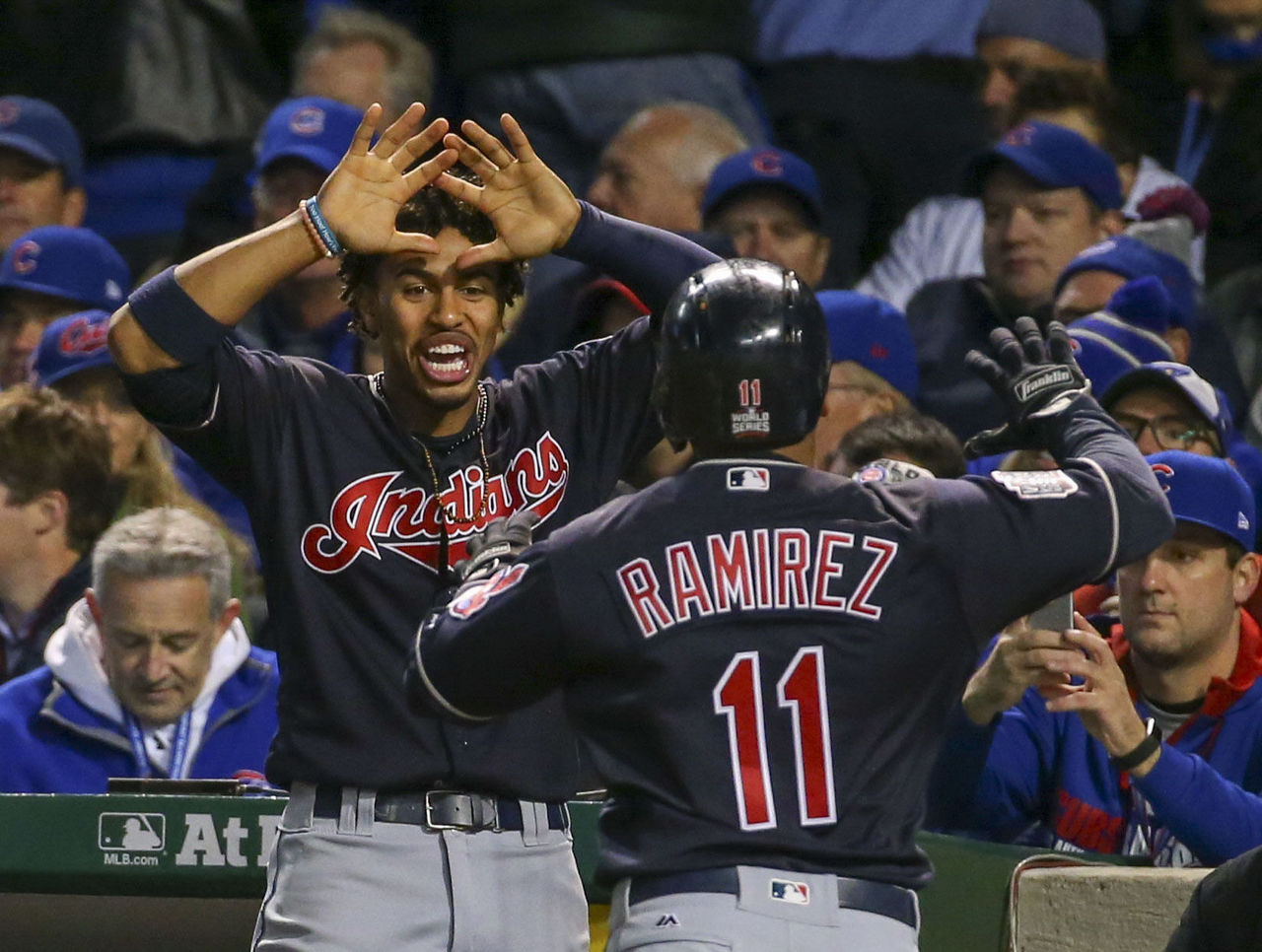 CHICAGO – One way or another, there will be a championship celebration in Cleveland.

Still to be determined? Whether the Indians or Cubs will be popping the champagne.

The Cubs won a World Series game at Wrigley Field for the first time since 1945 and at least delayed Cleveland’s big party with a 3-2 victory Sunday night.

So a World Series between the teams with baseball’s longest title droughts goes back to Cleveland, with 2015 NL Cy Young Award winner Jake Arrieta set to start for the Cubs and Josh Tomlin going on short rest for the Indians in Game 6 on Tuesday night.

His team rolled through the regular season with a major league-leading 103 wins, took out playoff-tested San Francisco in the NL Division Series and rallied to beat the Los Angeles Dodgers in the NL Championship Series. The Cubs were so dominant at times they had their long-downtrodden fans believing that, after decades of supposed curses and sincere heartbreak, this just might be the year.

It still could be – but it would take an historic effort. Only five teams have come back from a 3-1 deficit to win a best-of-seven World Series, most recently Kansas City in 1985.

Standing in the Cubs’ way is a team and a city that knows a thing or two about title droughts.

Cleveland endured a 52-year championship dry spell before LeBron James brought one home with the NBA’s Cavaliers last spring. The Indians last won it all in 1948, which pales in comparison to a Cubs wait that dates to 1908.

“We’re in good position, still,” Cleveland slugger Mike Napoli said. “We’re up 3-2 going home. We did what we had to do here. We put ourselves in position to try and win it in a crazy atmosphere. We’re happy with what we did here. We’re going to get home and play in front of our fans.”

The Cubs are banking on another big effort from Arrieta and hoping for a better result against Tomlin.

Arrieta took a no-hitter into the sixth inning and pitched the Cubs to a 5-1 victory in Game 2 at Progressive Field. Win on Tuesday and they’ll send major league ERA leader Kyle Hendricks to the mound in Game 7.

Of course, the Indians are also feeling good about their chances.

After all, Tomlin tossed 4 2/3 scoreless innings in Game 3 before giving way to that nasty bullpen. And if it goes to Game 7, well, the Indians will have their ace in play, Corey Kluber.

“Yeah, we get to go over there with two rested starting pitchers,” Chicago manager Joe Maddon said. “I like to believe we’re going to catch or gain some momentum from this game going back over there. But momentum’s always based on your starting pitcher, too. And again, with these guys you saw how good their bullpen was. Once again, it’s really important to grab that lead and hold onto it.”