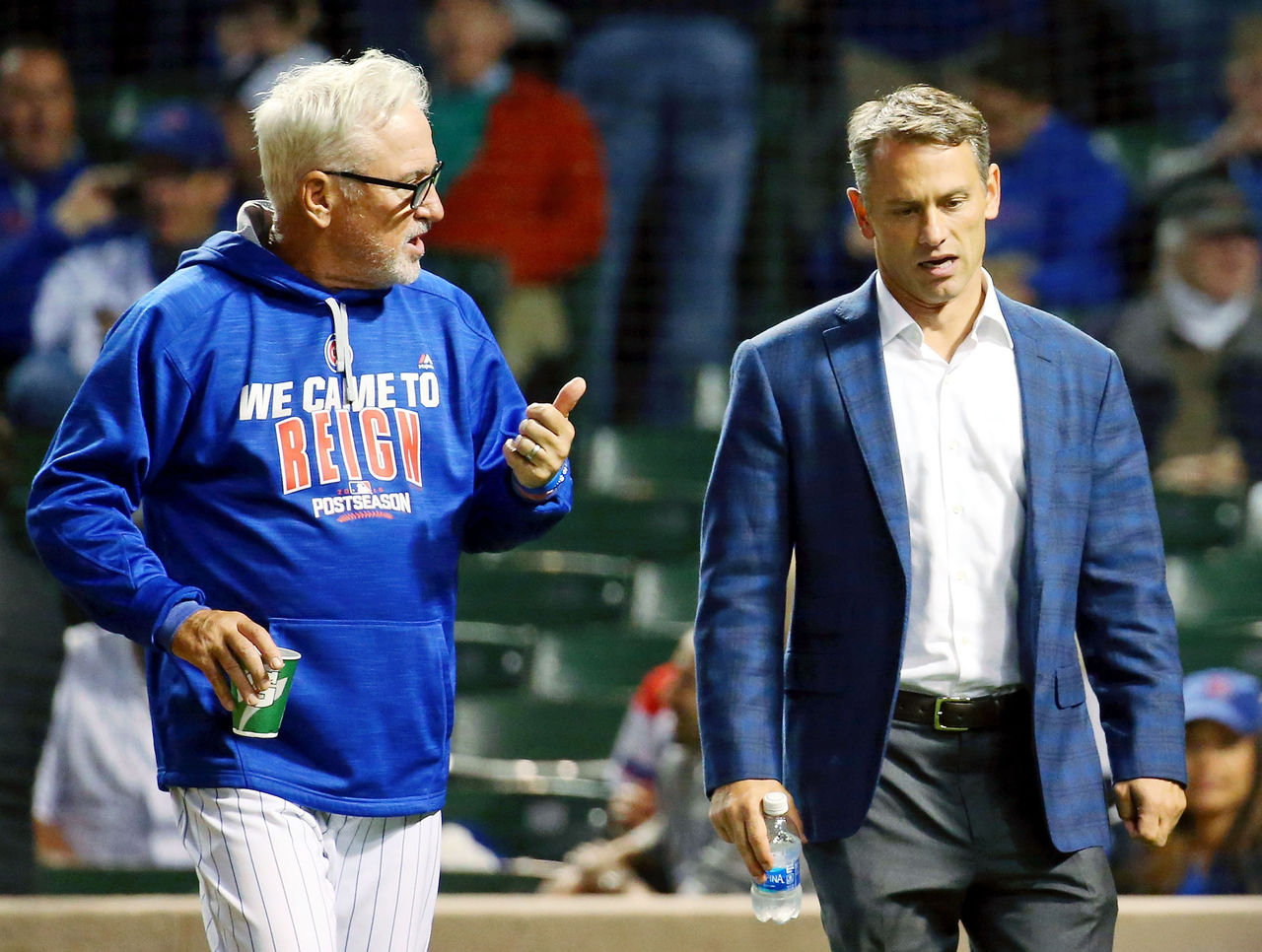 It’s hard not to think of the curse if you’re a Chicago Cubs fan.

More than anything, it’s difficult to deny that the Curse of the Billy Goat isn’t a real thing. Chicago hasn’t been to the World Series since 1945 and hasn’t won it all since 1908.

So when the San Francisco Giants mounted a serious comeback in the NLDS, Cubs general manager Jed Hoyer began to sweat.

“If you are being honest, it creeps into your mind,” Hoyer told the New York Post’s Joel Sherman.

The Cubs jumped out to a 2-0 series lead over the Giants, but after a San Francisco walk-off in Game 3 and a 5-2 lead in the ninth inning of Game 4, doubt began to sink in.

“You know it is lurking – Cueto, Bumgarner, and no margin for error,” Cubs president Theo Epstein said. “We needed a lightning strike to turn it around.”

Lightning did strike, as the Cubs summoned a four-run rally in the ninth to claim the NLDS, 6-5.

If a Game 5 had happened, the Cubs were likely going to see Madison Bumgarner, Johnny Cueto, or both.

While Chicago’s offense is a good bet to compete against them, it’s never a sure thing against two of baseball’s best pitchers.