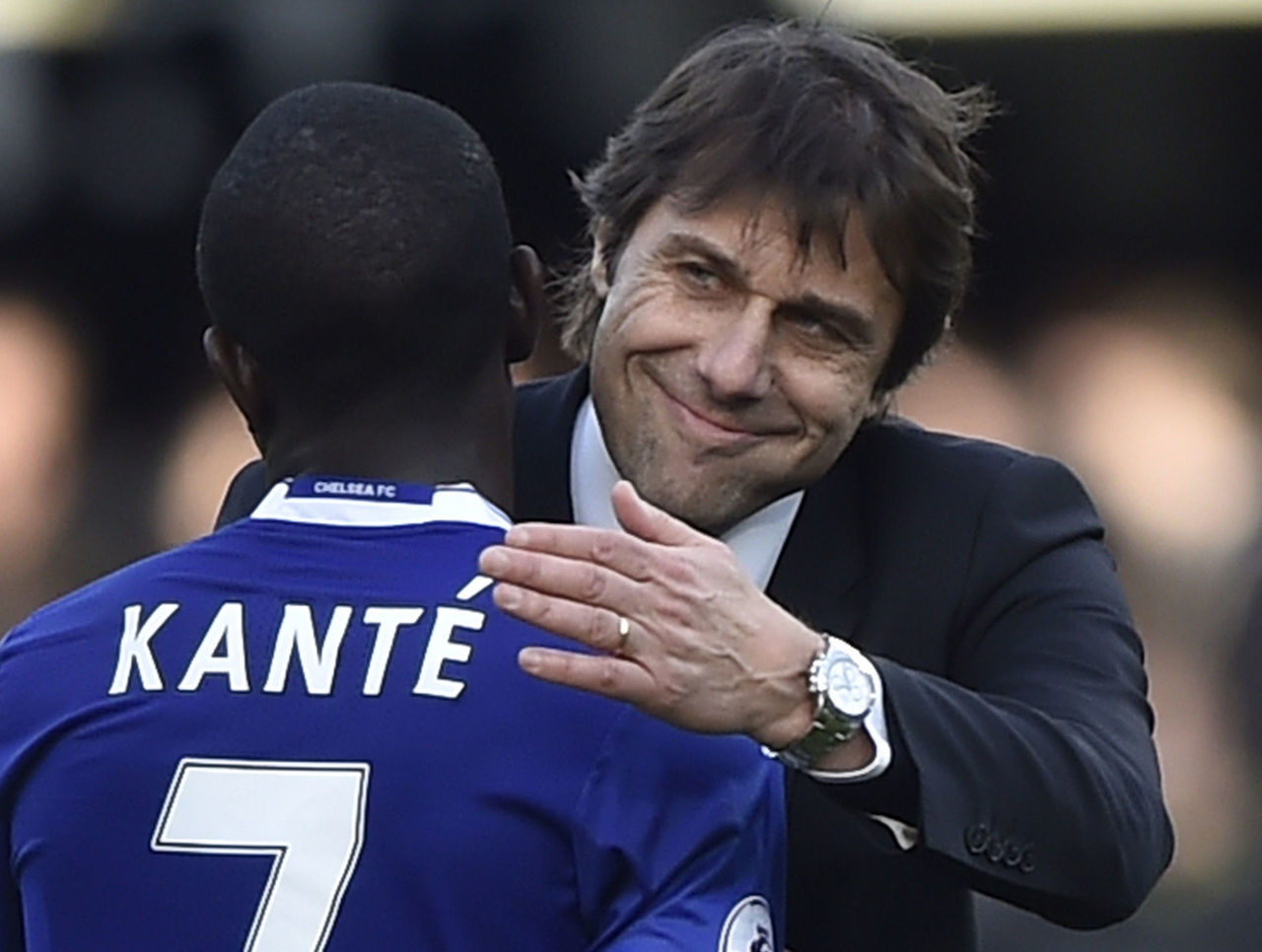 Antonio Conte admits that his midfield livewire N’Golo Kante is a better player than he was back in the day.

The Chelsea manager was similarly combative in the middle of the park for Lecce and Juventus but, while he made the most of limited natural ability, Kante is already blessed with more talent than he had, according to his manager.

And, as the 25-year-old nears the record of becoming a back-to-back league champion with different teams – the first time it’s happened since Eric Cantona did it with Leeds United and Manchester United – there’s still room for him to improve.

“Not only great talent, but players who run a lot during a game.”

While Cantona wasn’t a key part of Leeds’ 1991-92 triumph, Kante’s achievement is arguably more commendable due to the vital part of the engine room he assumed at Leicester City and now at Chelsea. Out of Premier League midfielders, Manchester United’s Ander Herrera has only won more interceptions, and in tackles he’s only outdone by Everton’s Idrissa Gueye.

He’s improved with the ball at his feet this term. The France international’s making 70 percent more passes per 90 minutes when compared to last season, and he’s playing almost double the accurate long balls. He is the cog in the centre of Chelsea’s devastating counter-attack.

The Blues haven’t been handed an easy draw in the quarter-finals of the FA Cup, as Manchester United visits on Monday. The Stamford Bridge outfit will be a strong favourite though, with Kante pushing for a start after just two substitute outings in this campaign’s competition. His peripheral role in the old tournament hasn’t dampened his mood, though.

“He has always a smile on his face. It’s fantastic, this. You try to talk with him and he’s always smiling. During training sessions he works a lot, but always with a smile,” said Kante.