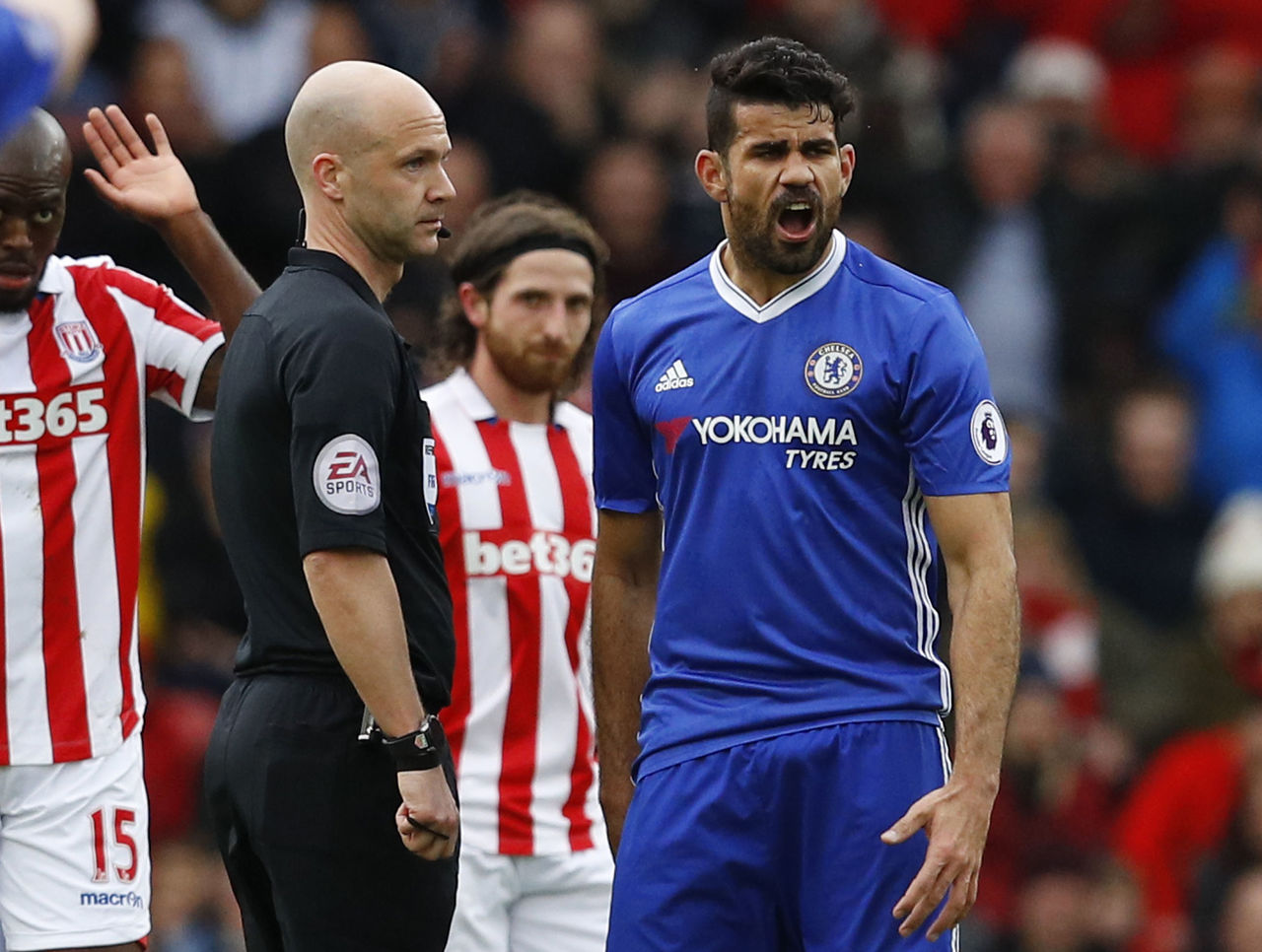 Clearly given the mandate of winding up Chelsea’s oft-annoyed striker, several members of the Potters’ defence – particularly Bruno Martins Indi in the early stages – quickly sought to get under Costa’s skin. It appeared to have worked when he was booked for dissent on 17 minutes, but the frontman kept his cool for the remainder of the contest.

Perhaps the sight of Michy Batshuayi warming up shortly after that yellow card encouraged better behaviour from the 28-year-old.

“It is not simple to get a yellow card after a few minutes,” Conte admitted to ESPN FC’s Liam Twomey.

“Diego is showing in all this season, not just this game, great discipline, great commitment. He showed me (his ability) to think for the team and not for himself and I want this from my players, this type of behaviour. He was great, he played a difficult game but he always showed danger for the defensive line for Stoke.”

The numbers support Conte’s assessment. Costa’s fouls committed per 90 minutes has dropped from last season’s 1.6 to 1.1, and he’s acquired the knack of winning free-kicks by getting fouled 2.7 times per 90 minutes rather than the 2015-16 campaign’s 1.9. Further evidence of his selflessness is the fact he’s just one assist away from the previous term’s count of six.

His 17 goals have been vital in lifting Chelsea to a 13-point gap atop the division, and Conte is happy to see Costa at his best after an alleged training ground falling-out in January seemed to foreshadow the ex-Atletico Madrid man’s departure.

Costa’s non-goal contributions were invaluable in the Potteries, as strikes from Willian and Gary Cahill either side of a Jonathan Walters penalty warranted the victory.

“I think that it’s normal to try to bring a player to be angry and then to react and to commit another foul. It’s normal, this,” the Italian boss added on Costa’s discipline.

“I think the great news is that Diego is showing (himself) to be a great player, also in this aspect. I know in the past sometimes he has received two yellow cards and not finished the game, but this season I have to be pleased for him and for his behaviour.”

The Blues return after the international break with a visit from Crystal Palace on April 1.