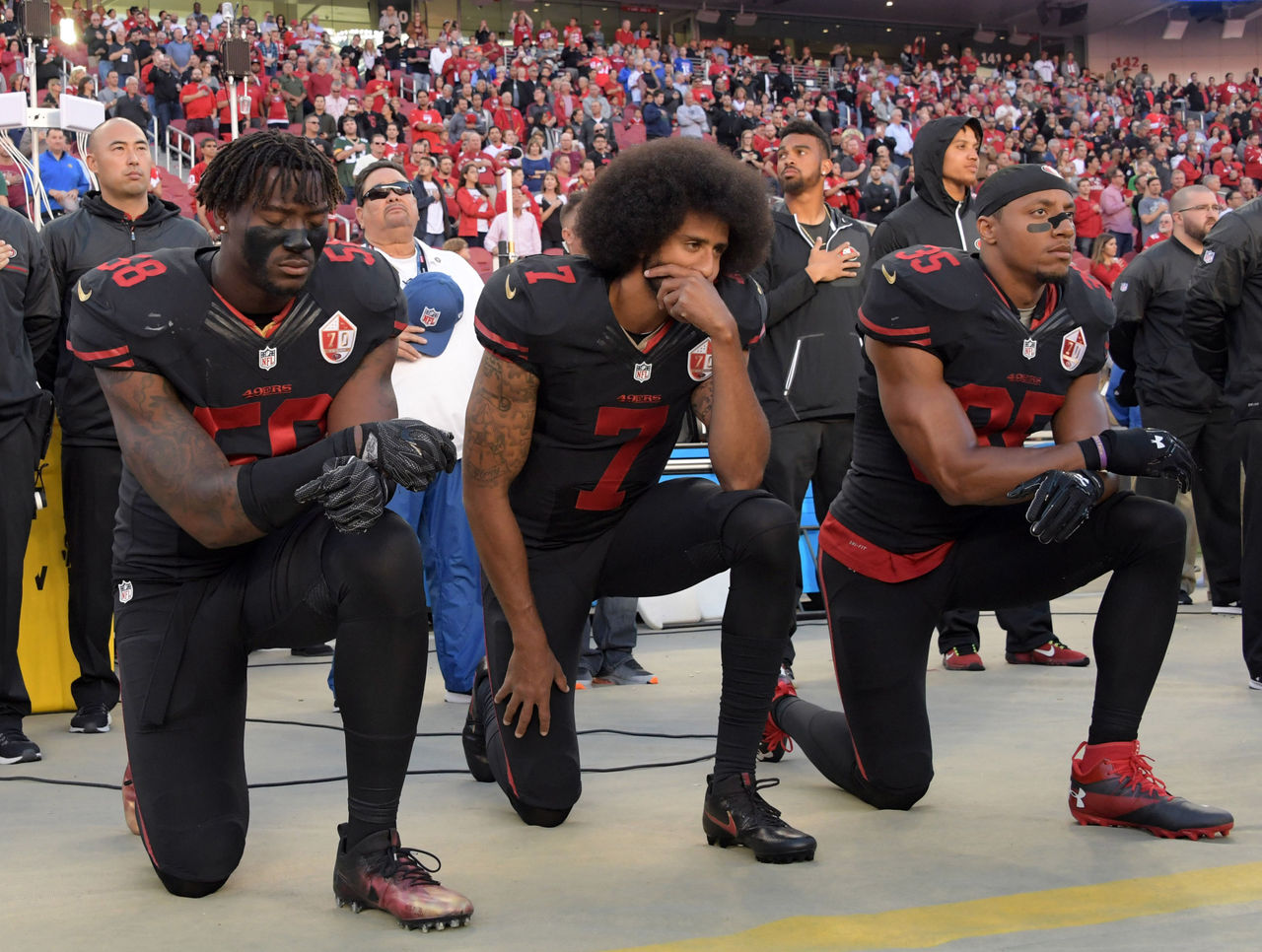 Carmelo Anthony had a few words of advice for Colin Kaepernick when he started to protest the national anthem by kneeling.

Anthony revealed in a conversation with Howard Bryant of The Undefeated that he spoke with Kaepernick the initial night of his protest, and counseled him as to how he could further his message.

“I spoke to (Kaepernick) that night,” Anthony said. “He reached out to me that night. And I’m watching and I’m like, ‘OK.’ Like, ‘What’s next?’ In a very respectful way, he was like, ‘I took this step and, you know, just wanted to get your thoughts on what’s happening.’

“And I said, ‘Well, you’re courageous.’ I said, ‘You just showed a lot of courage in what you just did, but now is the hard part because you have to keep it going. So if that was just a one-time thing, then you’re fucked. But now you keep it going and be articulate and elaborate on why you’re doing it, and be educated and knowledgeable of why you’re doing it so when people ask, you can stand up for what you believe in and really let them hear why.'”

Kaepernick apparently took those words to heart as he continues his protest against police brutality and inequality for blacks in America. The San Francisco 49ers quarterback has stayed on his message of equality for all, and has given clear commentary on social issues in the face of widespread criticism.