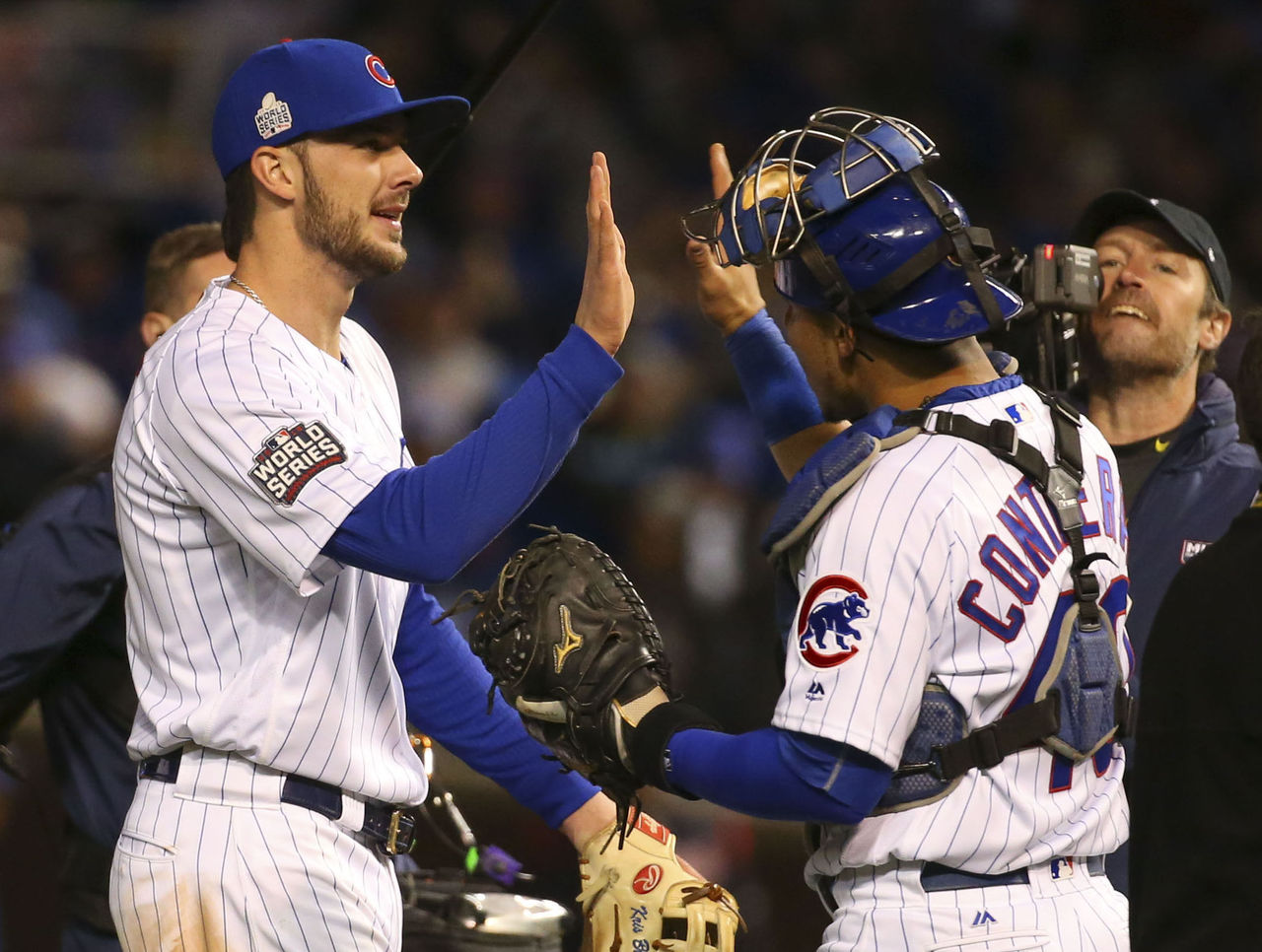 Long and lean, the son of a former minor leaguer was on almost everybody’s All-America team in high school and college and validated that promise quickly by grabbing the National League Rookie of the Year trophy last season at 23. This season, Bryant is the favorite to add the NL MVP award to a growing collection of hardware.

That’s what made his struggles from the start of this World Series – an .071 batting average and a pair of throwing errors at third base in the same inning of Game 4 – so confounding.

“Obviously, I haven’t been swinging the bat too great,” Bryant said. “So it was nice to get one to kind of help us all out.”

His fourth-inning home run off starter Trevor Bauer awakened a hibernating Cubs offense and helped deliver a 3-2 win Sunday night that sent the Series back to Cleveland for Game 6 on Tuesday with the Indians holding a suddenly slippery 3-2 edge.

For all the things Bryant has soaked up about baseball, history is low on that list. So when he was asked whether the Cubs could join the short inventory of teams that came back from a 3-1 Series deficit to win, chances were good he couldn’t name even one.

That hardly dented his confidence.

“Why not us?” Bryant asked, the hint of a smile creasing his lips. “I feel like we play our best with our backs up against the wall. … Hopefully we can get out there and win Game 6, because you never know what can happen in a Game 7.”

No, but with history as a guide, we can hazard a good guess about the challenge in climbing out of a 3-1 hole.

Only five teams have turned the trick in a best-of-seven Series, the last one being the 1985 Kansas City Royals. The last team to do it winning twice on the road, as the Cubs will have to do, was the 1979 Pittsburgh Pirates. Yet even those long odds aren’t likely to trouble Bryant.

“We’re all about writing our own history,” he said.