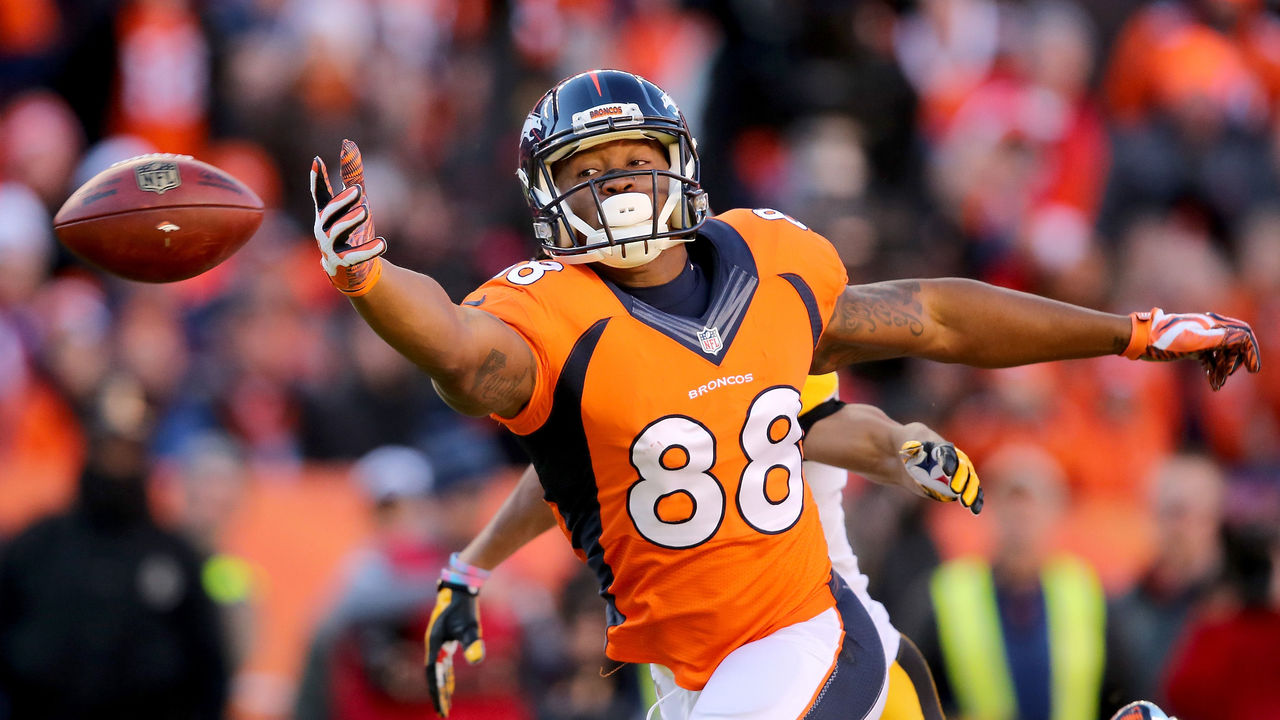 ENGLEWOOD, Colo. – Yes, Emmanuel Sanders and Demaryius Thomas are frustrated with their paltry production. No, they’re not going to create a stink about it

”There’s some frustration, but it’s hard to be frustrated when you’re sitting here 2-0,” Sanders said.

Quarterback Trevor Siemian, a relative rookie, has flashed his promise but displayed his inexperience, driving Denver inside the opponents’ 36 on all but five of his 18 drives so far but coming away with just four touchdowns to go with three interceptions.

Both of his Pro Bowl receivers, who are signed for a combined $92 million over the next four years, expressed displeasure with Denver’s sputtering offense after the Broncos’ 34-20 win over Indianapolis, which they won on the strength of two defensive touchdowns.

Sanders had just three catches, all in the first quarter, and Thomas had five receptions but just one after halftime, not counting his 2-point conversion in the closing minutes.

As their attention turned to Siemian’s first road game Sunday in Cincinnati (1-1), Thomas and Sanders were more encouraging in their comments about the Broncos’ work-in-progress offense.

”It was his second start,” Thomas said. ”It’s going to take time and that’s with everybody. I don’t know the problem why the ball isn’t coming my way, but it’s not a big deal. At the end of the day, it’s all about winning and we’re 2-0 right now. That’s all I can worry about.”

The Broncos piled up nearly 300 yards to the Colts’ 72 before halftime Sunday but they led by just a touchdown, then they had just three second-half possessions.

”It’s about finishing the drive and putting up points,” Thomas said. ”You can have 400 yards but the turnovers come back to haunt you.”

Receivers have been complaining about their number of catches ever since Don Hutson revolutionized the NFL in the 1930s when the Green Bay Packers added a downfield element to their offense and everybody else followed suit.

”That’s understandable, right? Receivers, they want the ball, they want to make plays, especially our guys, and they’re two of the best in the business,” Siemian said. ”We want to give those guys opportunities to make plays, so I think it’s understandable. Everybody is working really hard to get wins, which we’re doing, and to get better. That’s the exciting part, too: There’s room for improvement and we’re still winning. Understandable, though.”

Kubiak said correcting the red zone woes (they’re just 2 for 6) isn’t something that falls only on Siemian’s shoulders.

”It’s on all our shoulders,” Kubiak said. ”It’s finding the right call for them, making the right play and converting short yardage. That’s two weeks in a row we’ve missed third-and-1s. That keeps you from running three more plays down there. It’s all on of us. We have to look at it and do a better job. That’s all we can do.”

Running back C.J. Anderson shrugged off the offensive chagrin.

”We were frustrated last year and we were 7-0 at one point, so it’s just how it is,” Anderson said. ”We know that we have some things that we need to work on. I’m going to keep saying it all week, we just want to put the ball in the box. That’s what it’s about, putting the ball in the end zone.”