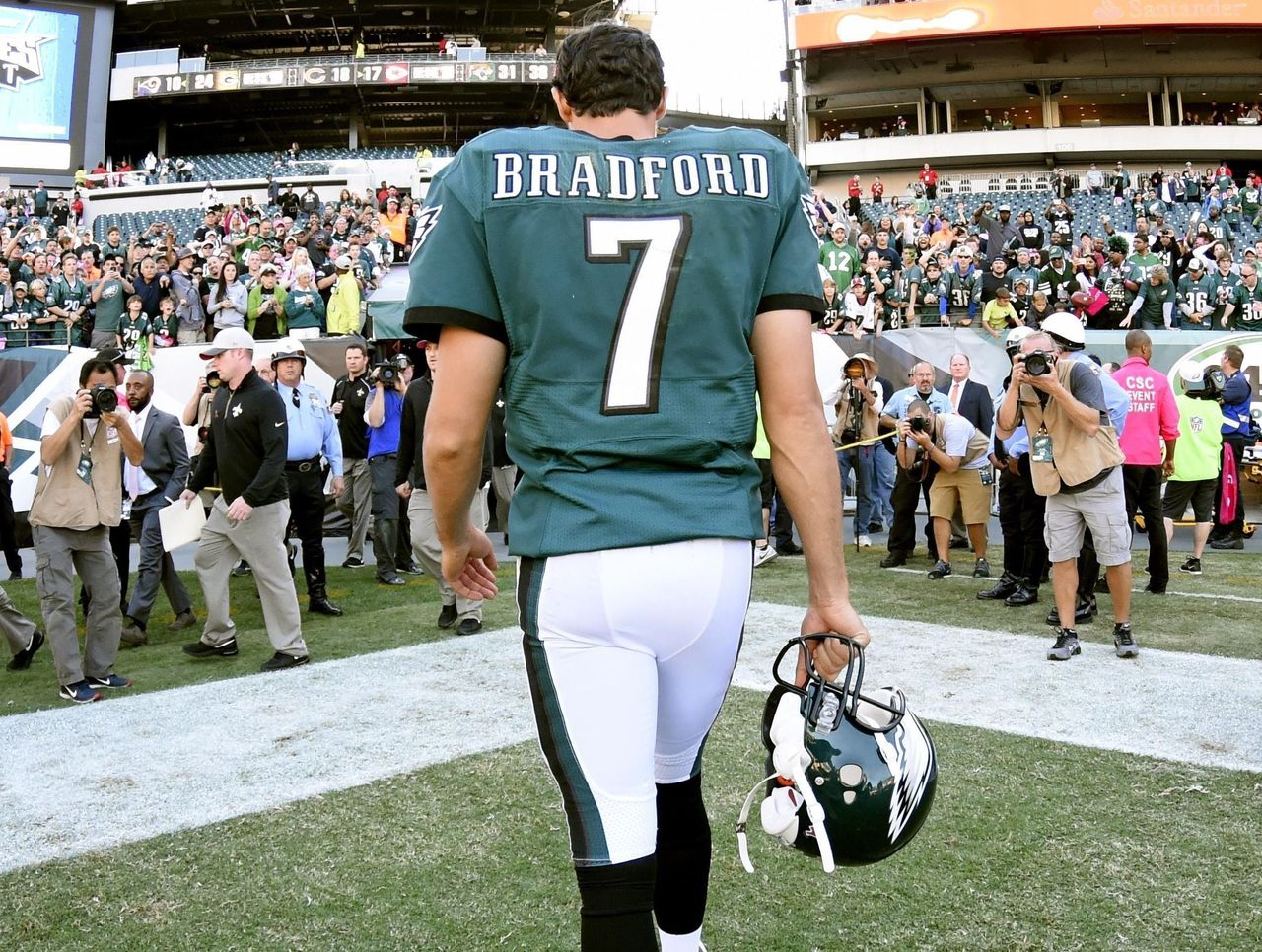 That’s particularly true after they’ve been traded or released.

Sam Bradford has no reason to be insecure about playing at Philadelphia this weekend. His new team in Minnesota has the last perfect record left in the league, and some of the best performances of his seven-year career have been on display over four starts with the Vikings.

”My approach is just try to keep it as normal as possible this week. I think I owe it to all of the guys in our locker room to not try and do anything special, not try to do anything extra,” Bradford said. ”When you get caught up with things outside of football, that’s when things can go wrong.”

The Vikings (5-0) paid a steep price for Bradford on Sept. 3. They sent their 2017 first-round pick and a 2018 selection that will range from the second to the fourth round to the Eagles four days after original quarterback Teddy Bridgewater went down with a massive knee injury.

The return on the deal couldn’t have better so far, with Bradford leading the NFL with a 70.4 completion percentage, ranking second with a 109.8 passer rating, and taking his first 249 snaps without a turnover.

”It’s like when you go to a new job, the first day you don’t know anybody, you’ve got to learn everything,” Vikings coach Mike Zimmer said. ”The protections are different, the terminology is different, the combinations, the players are different. … For him to be able to do the things he’s done, I think he’s done a great job.”

The success hasn’t exactly caught the Eagles (3-2) by surprise. They were prepared to hand Bradford the keys to the offense for the second straight season, planning to sit rookie Carson Wentz for the whole year. Then the Vikings made the emergency call to try to keep their Super Bowl goal on track.

”I felt Sam was in a great spot with us offensively and was set to have a good season, and I wasn’t going to disrupt that if I didn’t have to,” new Eagles coach Doug Pederson said, echoing Bradford.

”I was really excited about the year there,” Bradford said. ”I felt like I had a really good spring.”

Pederson, a quarterback himself who lasted 12 seasons in the league and was hired to replace Chip Kelly, had a mere 7+ months with Bradford, without any meaningful games. That was still enough time for a strong impression to be made.

Skepticism has trailed Bradford since St. Louis took him in 2010 with the first overall draft pick, and two major knee injuries didn’t help his profile. He finished 2015 on a relatively strong note, though, as he distanced himself from the one-year anniversary of his most recent ACL reconstruction.

When the Eagles took Wentz with the second selection in the draft, Bradford became an obvious short-timer even if he were to play the whole year with Philadelphia. Wentz has started his career in impressive fashion, making this matchup all the more intriguing even if the principals aren’t buying it.

”I did tell the team that this game is not about Bradford and Wentz,” Zimmer said. ”It’s about the Eagles and the Vikings.”

Bradford should have leading wide receiver Stefon Diggs back for Sunday after he missed the previous game against Houston because of a groin injury. Diggs was a limited participant in practice on Wednesday. Right guard Brandon Fusco, who departed the last game due to a concussion, took full part.