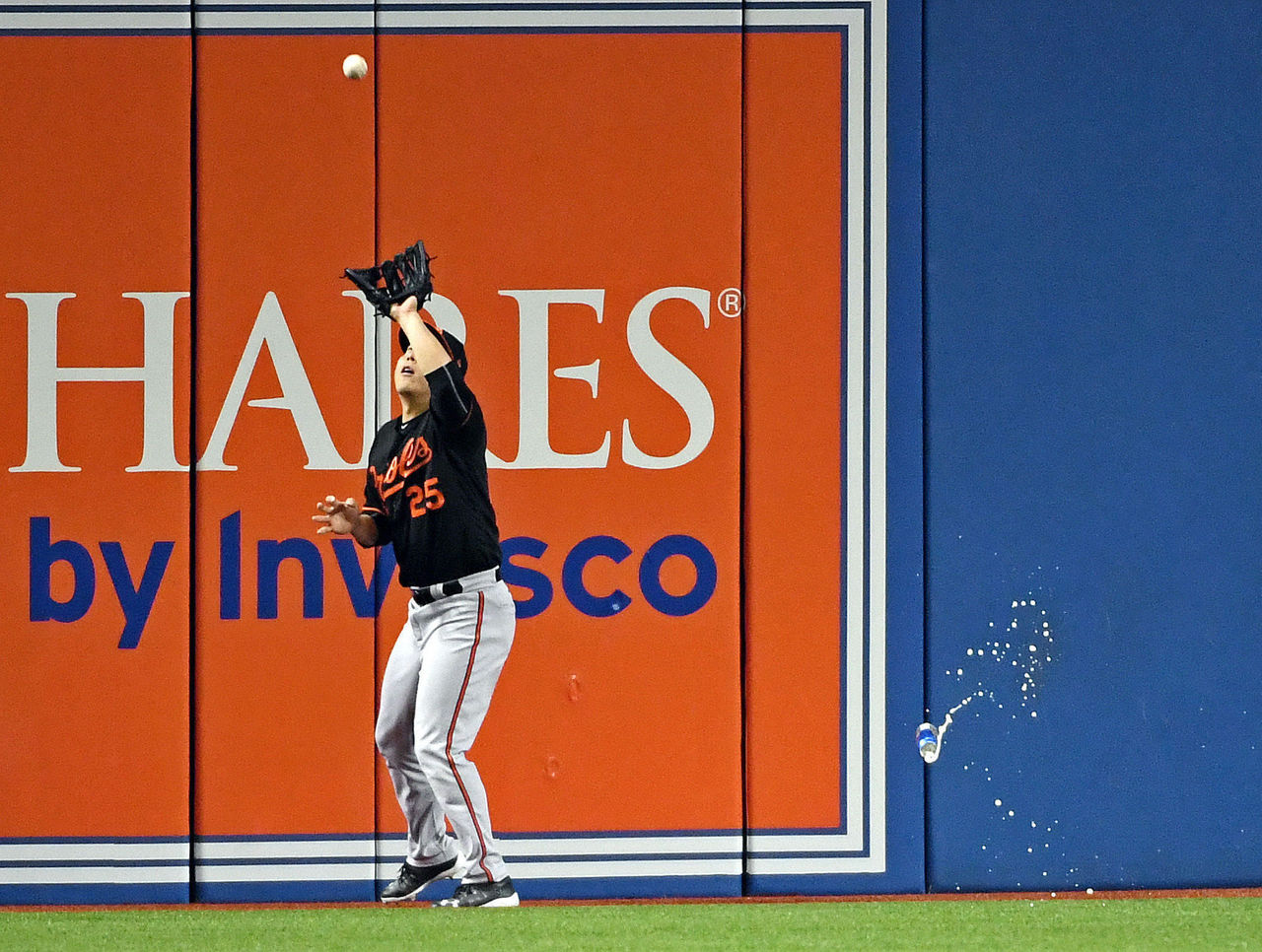 Fans who attend games at Rogers Centre will no longer be served beer cans.

Ahead of Game 3 of the ALDS between the Toronto Blue Jays and Texas Rangers on Sunday, the team announced beer will be poured into cups, to enhance “security and alcohol management measures.”

The news comes as the Blue Jays return home for the first time since a fan threw a can at Baltimore Orioles outfielder Hyun Soo Kim during the wild-card game on Oct. 6.

The incident unleashed quite the aftermath, including an official apology from the Blue Jays, and Toronto Police conducting a thorough investigation to find the culprit.

Following the game, outspoken Orioles center fielder Adam Jones said he’s aware the visiting team is considered “horrible,” but that throwing a beer can at players is as “pathetic as it gets.”

Jones added that he and Kim were on the receiving end of racial slurs.