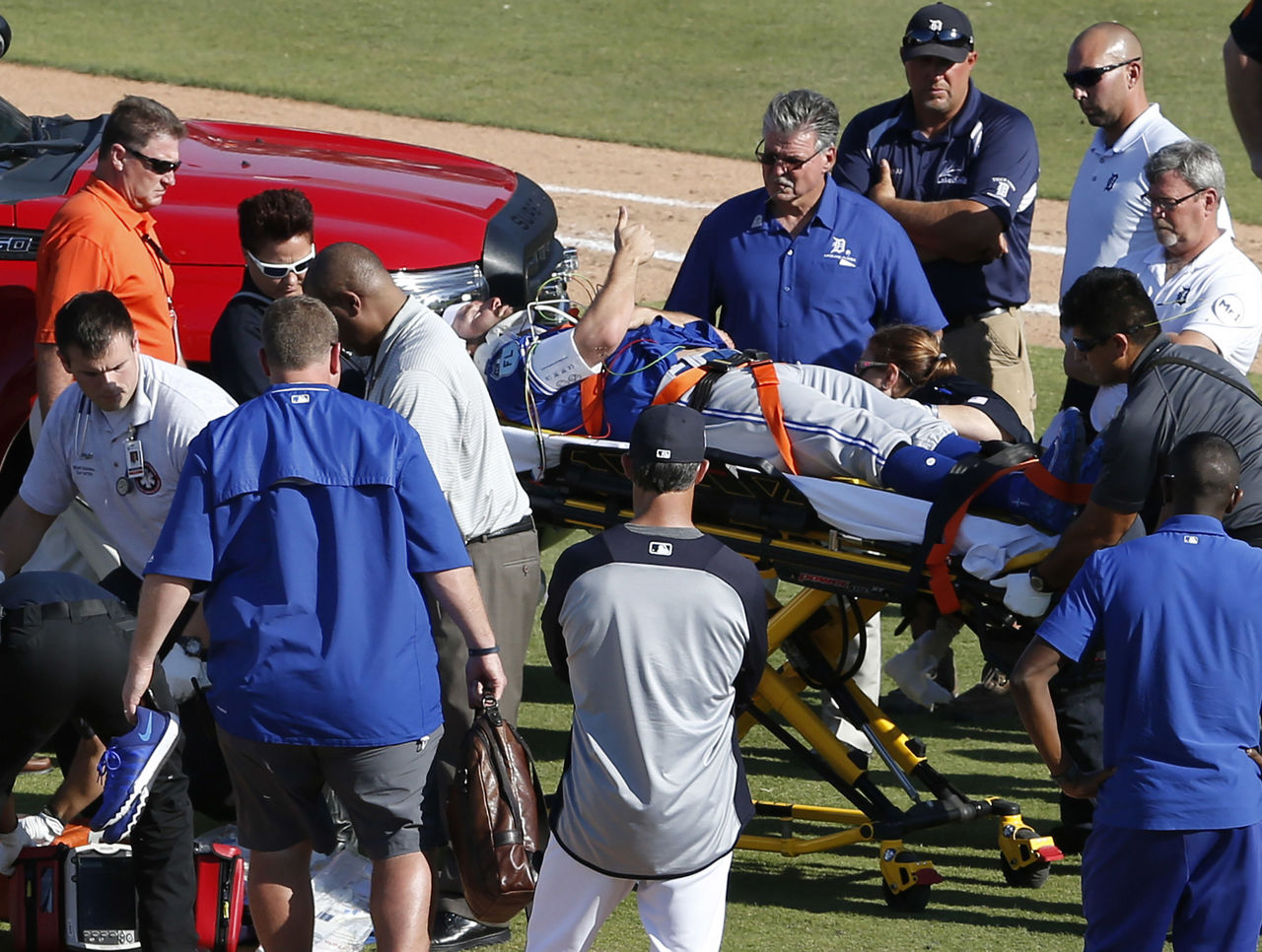 DUNEDIN, Fla. – Toronto Blue Jays reliever T.J. House is expected to be released from the hospital a day after he was hit in the head by a line drive during a spring-training game.

House was taken off the field in an ambulance Friday. He was struck by a line drive in the ninth inning of a game against the Detroit Tigers and taken to Lakeland Regional Medical Center. Test results were normal and he was held overnight for observation.

He called this the “scariest” moment of his career.

Tigers manager Brad Ausmus said “there was blood on his face, blood in the glove – everything.” He described it as among the most frightening things he has seen in a baseball game.

House was hit on the back of the head by a ball off the bat of John Hicks. The ball ricocheted about 30 feet into the air before being caught by catcher Mike Ohlman.

House fell to his stomach and was face down on the mound for nearly 20 minutes while being tended to by trainers. House was put onto a stretcher and gave a thumbs-up to the crowd as he was placed into an ambulance.

The 27-year-old pitcher was talking immediately after he was hit and had feeling in all of his extremities.