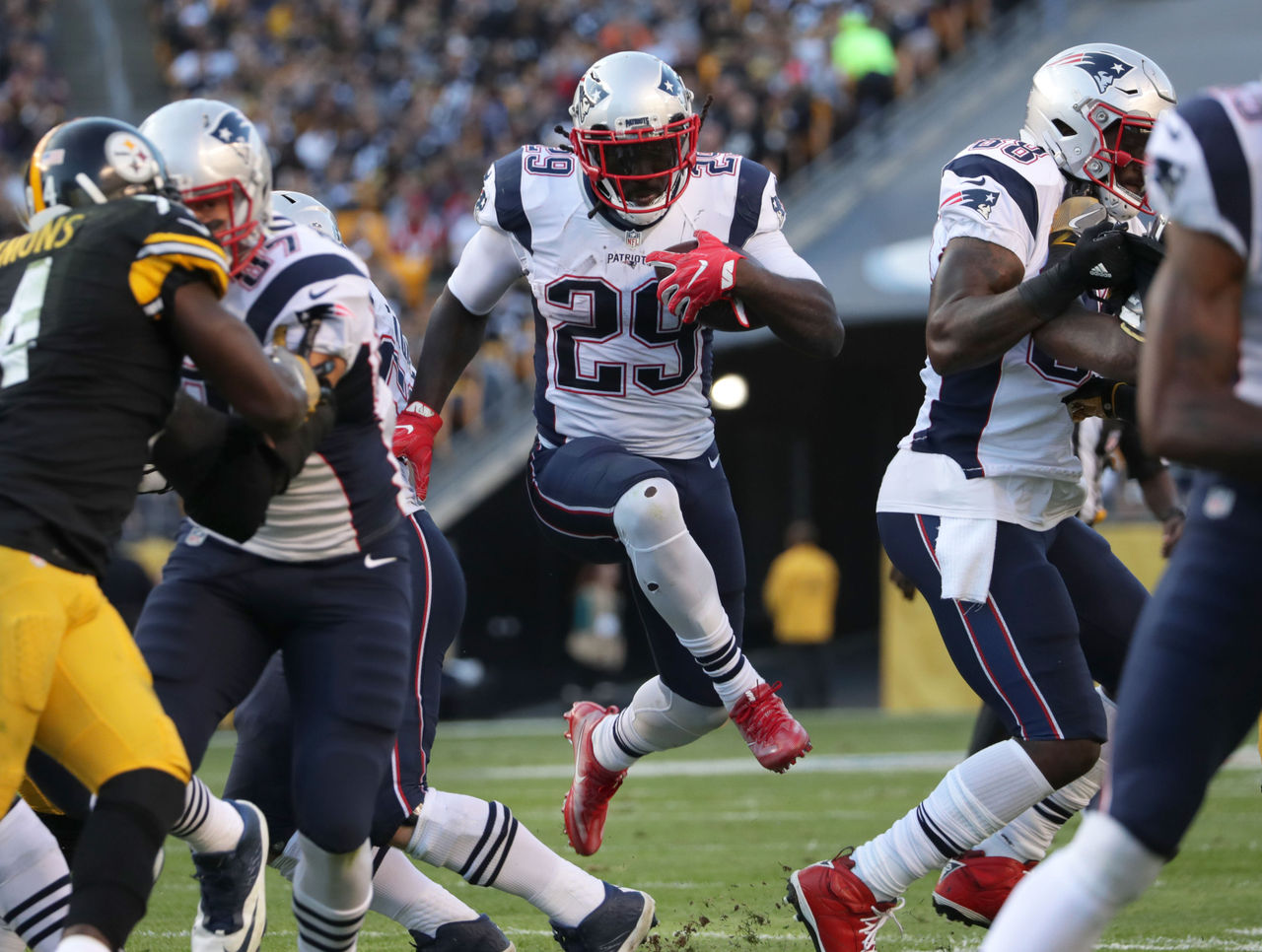 Blount ran for 127 yards and two scores while Brady completed 19 of 26 passes for 222 yards and two touchdowns as the Patriots pulled away for a 27-16 win on Sunday.

Steelers quarterback Landry Jones played capably while filling in for Roethlisberger, who watched from the sideline after undergoing left knee surgery last week.

Making just his third career start, Jones threw for 281 yards with a touchdown and an interception but undermanned Pittsburgh (4-3) lost its second straight when its defense failed to keep Brady under wraps.

New England (6-1) remained perfect since Brady returned from his four-game ”Deflategate” suspension, emphatically responding to a push by the Steelers with a pair of second-half touchdowns. Brady connected with Rob Gronkowski for a 36-yard touchdown in the third quarter then used another 37-yard catch and run by Gronkowski to set up Blount’s second touchdown run that put New England up 11 with just under 12 minutes to go.

Brady improved to 9-2 against the Steelers, throwing for 26 touchdowns and three interceptions. Most of those came against far more intimidating versions of a Steelers defense than the one he faced Sunday.

Pittsburgh came in hurting with Roethlisberger and defensive end Cam Heyward both out. The Steelers pushed the Patriots at times behind Jones, running back Le’Veon Bell and wide receiver Antonio Brown. Bell finished with 149 yards of total offense and Brown caught seven passes for 106 yards, but too often Pittsburgh settled for field goals (or field goal attempts) when touchdowns were required.

Mistakes that could hardly be blamed on Jones didn’t help. A second-quarter touchdown pass to Darrius Heyward-Bey was called back because of a holding call, one of 10 flags against the Steelers. Pittsburgh fell to 11-10 in games not started by Roethlisberger since 2004.

Blount, facing Pittsburgh for the first time since the Steelers cut him when he walked off the field with the clock still running in November 2014, hurt the Steelers after halftime. He ran for 74 yards following the break, including consecutive runs of 11 and 25 yards that set up Gronkowski’s eighth touchdown in five games against the Steelers.