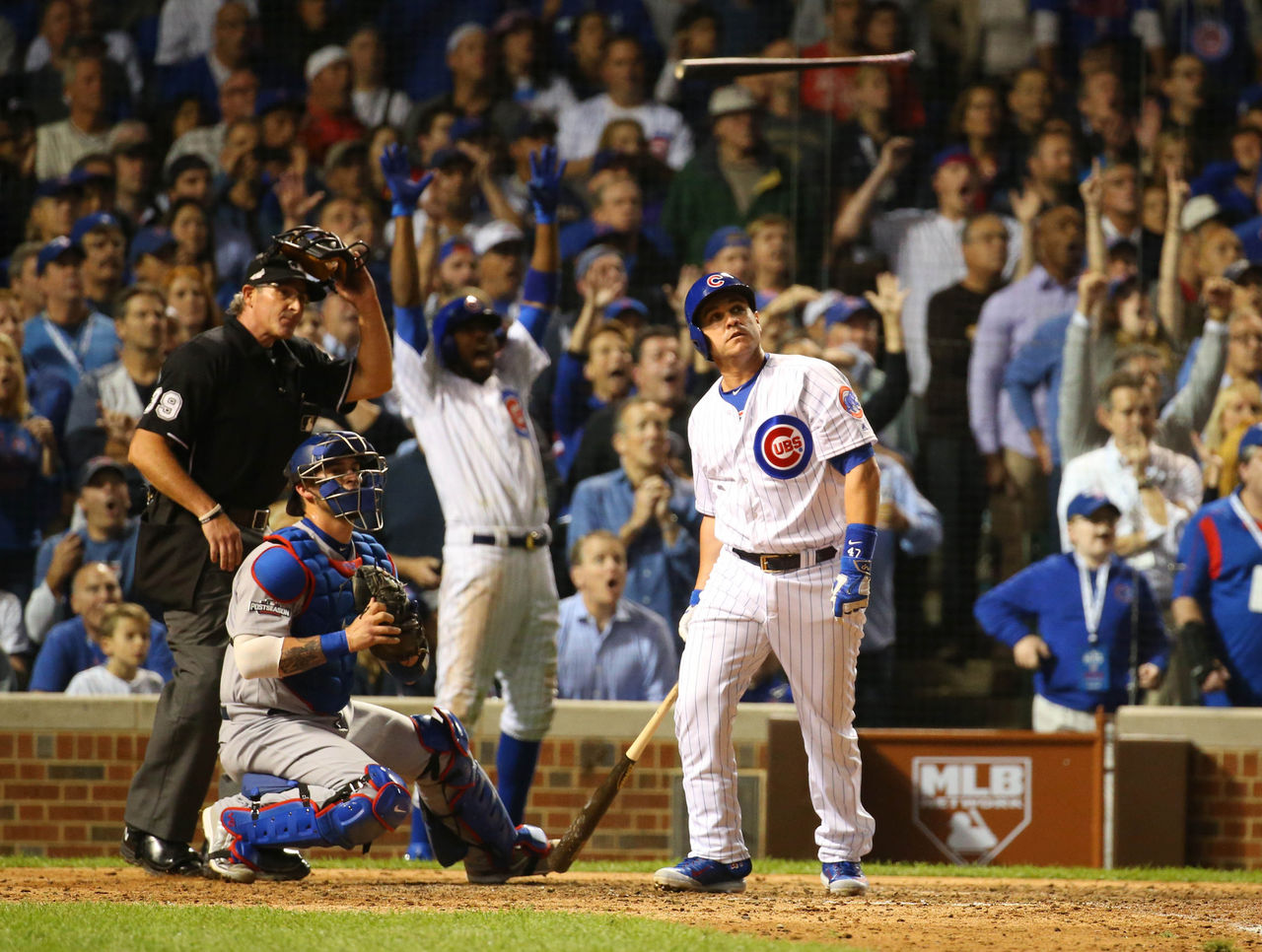 Miguel Montero delivered one of the most memorable moments in Chicago Cubs history Saturday when the veteran catcher became the first player ever to belt a pinch-hit, game-winning grand slam in a playoff game.

The dramatic eighth-inning blast broke a 3-3 tie with the Dodgers and helped the Cubs jump out to a 1-0 lead in the best-of-seven NL Championship Series.

Of course, every great homer triggers even better reactions.

Wrigley Field erupted into a state of pandemonium the moment Montero connected with Joe Blanton’s 0-2 slider, and we’ve ranked the best fan and player reactions caught on camera.

Misery loves company, but Blanton looked awfully alone as Montero excitedly trotted around the bases. That scoreboard ain’t changing for the better, Joe.

Montero’s historic hit naturally led to a curtain call, which the Cubs catcher happily obliged. “All I was trying to do was get a base hit,” Montero said. “Don’t strike out right here. Get a good pitch and try to put the ball in play and make something happen.”

The look of a man who wants another World Series ring. Badly.

The three gentlemen with their arms raised in the front perfectly encapsulated the stages of celebration one goes through after seeing something so historic. Disbelief, relief, and elation.

The Cubs’ high-priced free agents realizing they’re about to be three wins away from the World Series.

When Montero came out for his curtain call, the camera caught this fan pointing in the opposite direction. Thank you camera operator, this guy’s the best.

This photo needs no captioning. Baseball doesn’t get any better than this.