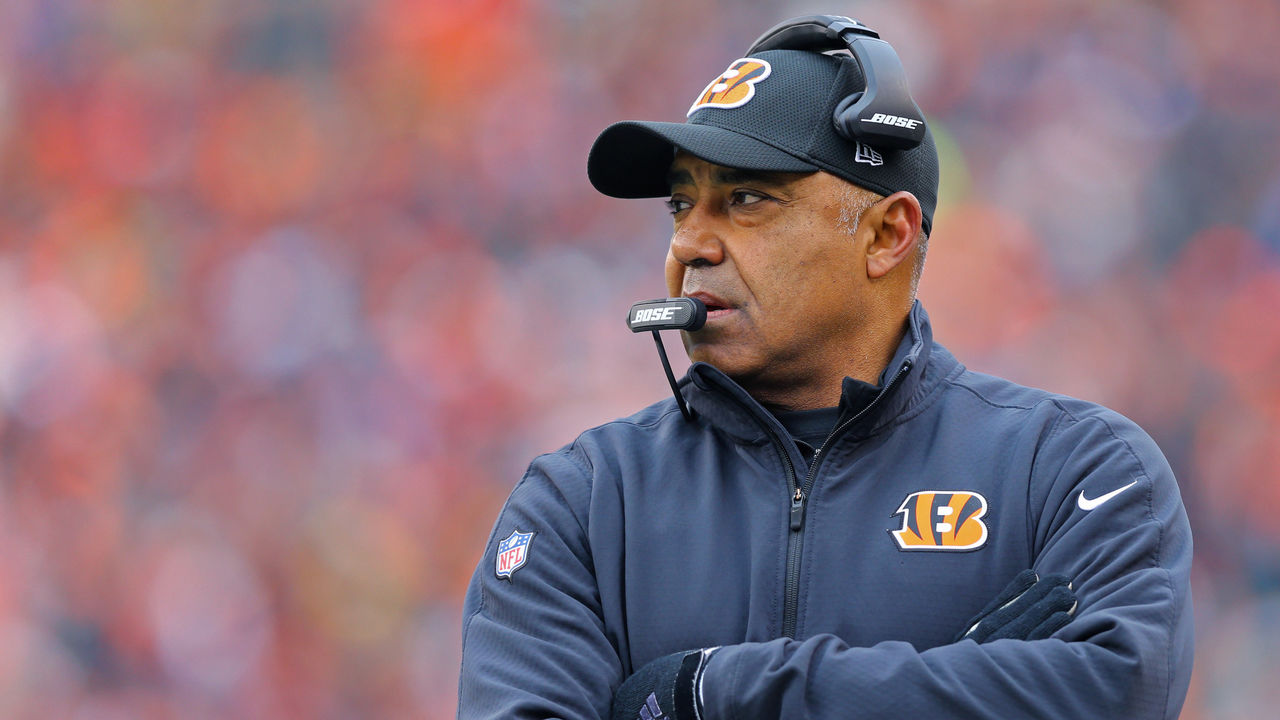 Toward the end of the 2016 regular season, it was rumored that Cincinnati Bengals head coach Marvin Lewis was considered retiring at the end of the campaign.

That talk was quickly quashed, with Lewis saying in late January he will seek a contract extension ahead of a contract year in 2017.

Lewis, who has been the head coach of the Bengals for the past 14 seasons, once again dismissed the prospect of walking away from coaching on Friday, emphasizing he has no concrete plans for his future.

“I don’t have a time frame,” Lewis said, according to Geoff Hobson of the Bengals’ official site. “I don’t have a set (time). I’m going to stop when I stop.”

Asked if an extension was important, as it would ease the pressure of a contract year, Lewis hinted it could be good for the Bengals to play in 2017 under pressure.

“I don’t think it’s critical or crucial,” Lewis said of an extension. “If things work out we would look to do that.

“I think some people are sometimes more at ease with that. Maybe that’s not where we need to be,” Lewis added. “Maybe that’s not the right place for us to be right now … everybody is year-to-year, right?”

Cincinnati missed the playoffs last season, finishing with a 6-9-1 record. It was the Bengals’ first missed postseason since 2010, so it appears the team is staying loyal to their longtime head coach.