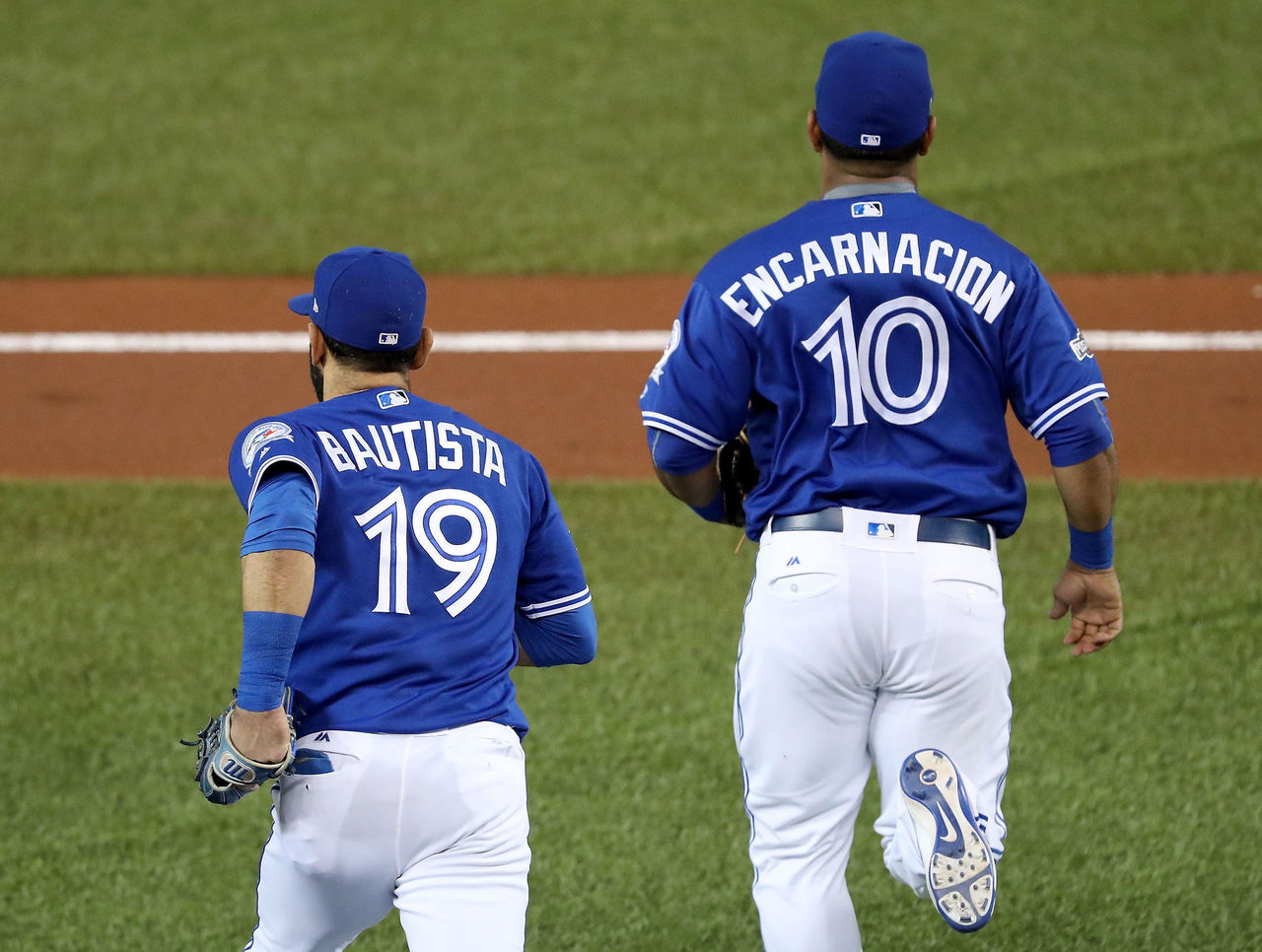 The Toronto Blue Jays are officially on the clock.

Moments after Toronto’s season ended with a 3-0 loss to the Cleveland Indians in Game 5 of the ALCS, Jose Bautista was asked the question every Blue Jays fan wants an answer to: Did you just play your last game with the franchise?

“I don’t think it’s the right time to be talking about that,” Bautista, who doubled in what could be the final at-bat of his Blue Jays career, told reporters, according to Sportsnet. “We just battled through a tough series. There’s a lot of stuff in here, that I don’t want to make this about myself. I don’t really feel like I’m in the proper state of mind to be talking about that. I know it’s a possibility, but we’ll see what happens.”

Related: Encarnacion begged by mob to stay in Toronto

Bautista and Edwin Encarnacion are set to become free agents for the first time in their careers this winter, and both sluggers are expected to test the open market. The Blue Jays will almost assuredly extend the pair qualifying offers – reportedly valued at $17.2 million – to ensure draft-pick compensation should either player sign with another club.

Regardless if their Blue Jays careers are over, the mark they’ve left on the franchise is undeniable.

Bautista and Encarnacion rank second and third, respectively, in career home runs as a Blue Jay, while both players sit among the top leaders in RBIs, runs, doubles, and walks. Encarnacion, who matched a career high with 42 homers this season, cemented his Blue Jay legend with a dramatic game-winning blast in the wild-card game earlier this month. As for Bautista, his bat flip and home run in last year’s ALDS will endure as one of the greatest moments in franchise history.

In the immediate aftermath of their season-ending loss, neither player wanted to talk about what’s next.

“To be honest really sad, because I don’t know what’s going to happen next,” Encarnacion told reporters on how he felt during his final at-bat, according to Ben Nicholson-Smith of Sportsnet.