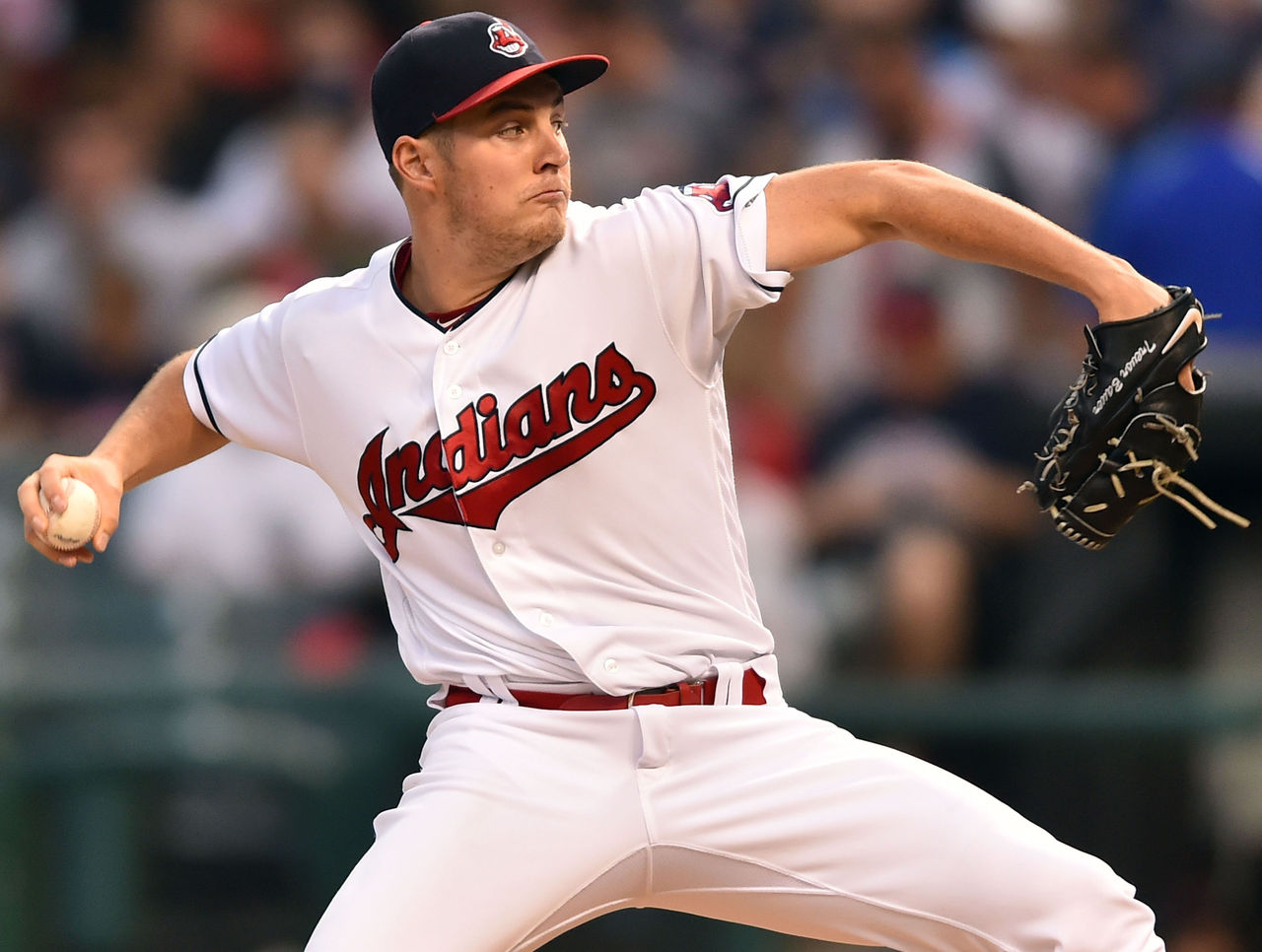 CLEVELAND – Trevor Bauer’s stitched finger has improved, but the Indians won’t be certain of his effectiveness until he pitches.

And even that is somewhat up in the air.

Bauer, who needed 11 stitches to close the wound, had been scheduled to pitch Game 2 on Saturday, but is now slated to pitch Game 3 on Monday in Toronto. At least that’s plan for now as manager Terry Francona indicated the team is literally moving forward on an inning-by-inning basis.

”You hope that it wouldn’t interfere with his touch and feel,” he said before Game 2. ”I don’t think that’s an issue. He’s already thrown twice. Then, we just have to make sure that that thing doesn’t open up where it’s bleeding, because then they won’t let him pitch. It needs to close. So, while he’s doing his throwing and things, he needs to make sure he keeps this thing not aggravated or pulling the stitches away. So far, he’s done a good job. The thing is healing nice.”

Francona said Bauer has played catch and reported no problems. Doctors considered putting more stitches in Bauer’s finger, but backed off after it appeared to be healing well.

Another issue for Bauer is he won’t be permitted to have any salve or gel on his hand as foreign substances are not permitted.

The Indians have been scrambling with their starting rotation, but Bauer’s injury has provided a new layer of problems. Mike Clevinger is scheduled to start Game 4, but because the Indians didn’t stretch out his innings, it’s unlikely they would have him pitch more than four innings.

They also have no idea if Bauer will be able to pitch with his injury.

Francona said it’s possible he could bring ace Corey Kluber back on short rest to pitch Game 4. Kluber pitched 6 1/3 shutout innings in Cleveland’s 2-0 win in Game 1 and the Cy Young contender has pitched 13 1/3 scoreless innings in his first postseason.