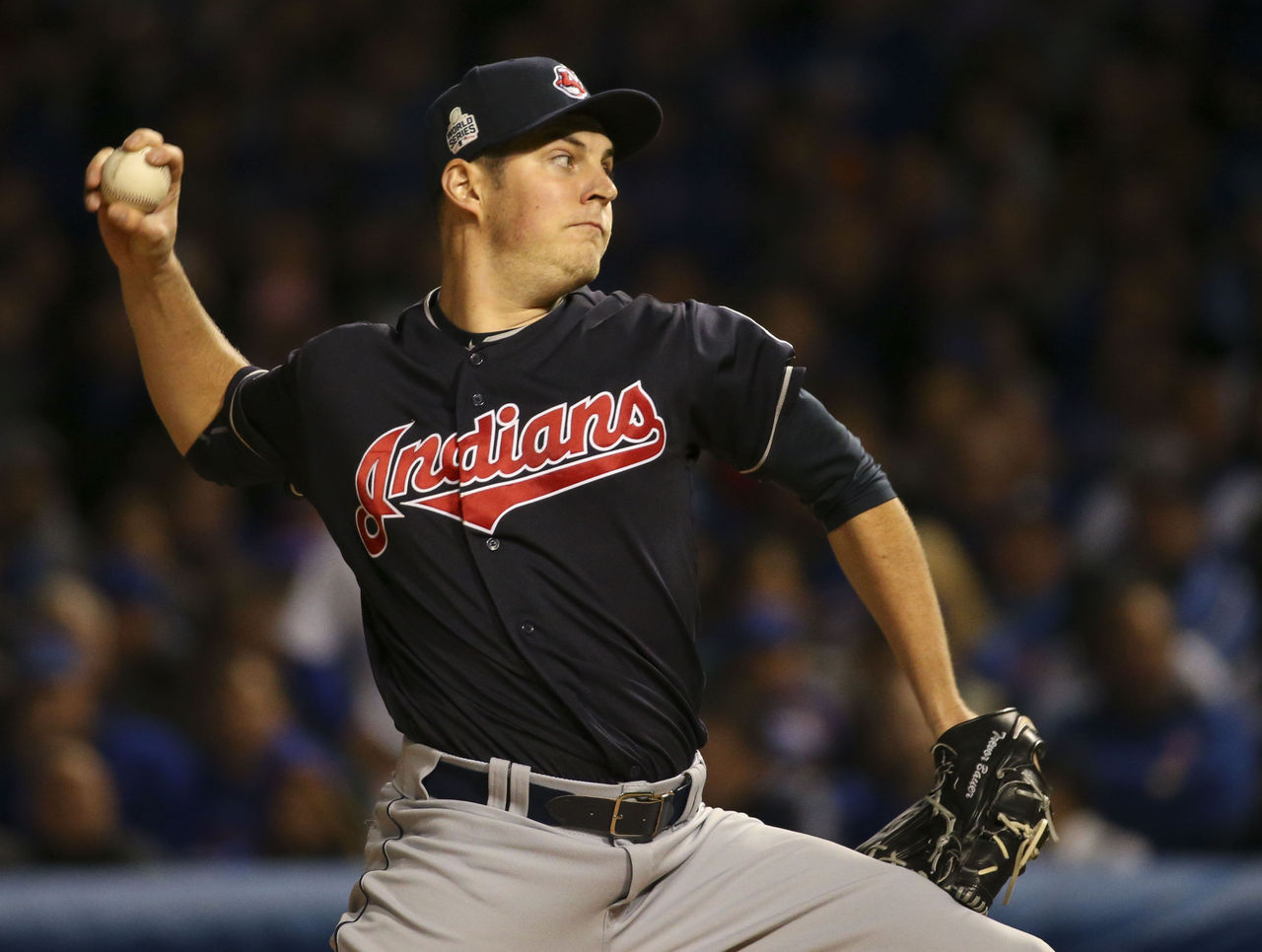 CHICAGO – Trevor Bauer had one shaky inning Sunday night and that was enough for the Chicago Cubs to claim their first World Series win at Wrigley since 1945, an intense 3-2 victory in Game 5 that prevented Cleveland players from spraying champagne inside the ballpark’s ivy-covered walls.

The Indians, who managed to take two of three while playing by National League rules in Chicago, will get their next chance to win a first Series title since 1948 on Tuesday night at Progressive Field, where they went 53-28 during the regular season and are 5-1 in the postseason.

Josh Tomlin will start Game 6 on short rest against Jake Arrieta, and if he can’t finish the job for the Indians, they still have an ace up their sleeve. Corey Kluber, who has won both his starts in this Series, will be ready again on three days’ rest for Game 7 – if necessary.

Cleveland fans are hoping it isn’t.

Bauer lost for the second time in the Series and more than a few Cubs fans weren’t about to let him leave town without some postgame taunts.

As Bauer stood near the Indians’ dugout following the game, one fan waving a ”W” flag screamed: ”Bauer, can you pitch Game 6? One more time.”

Another fan thanked Bauer for losing.

This time, he fired back.

”Be sure to thank me when you lose Game 6,” he hollered before heading to the Indians’ cramped clubhouse.