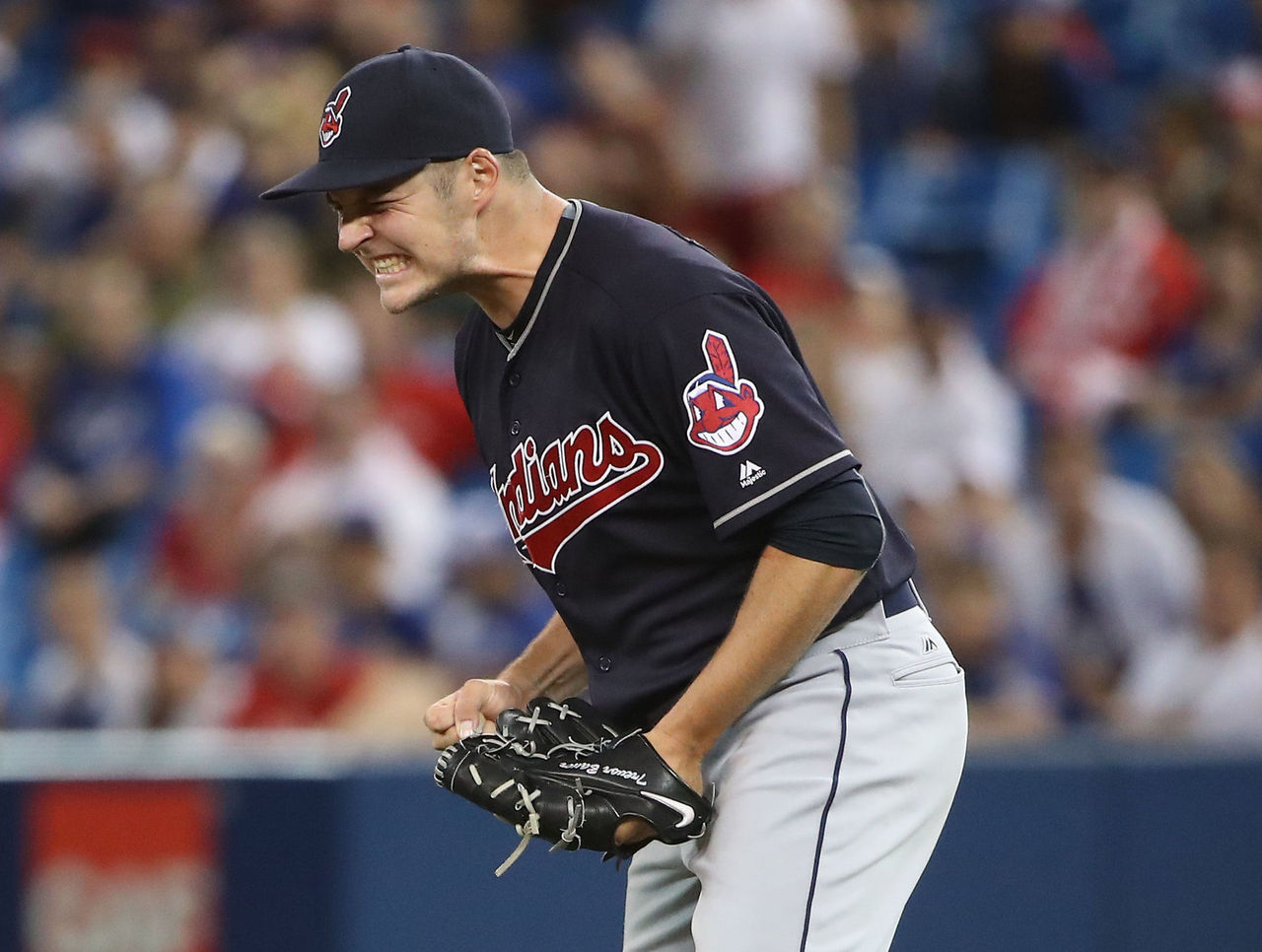 Hours before first pitch in their American League Championship Series opener, the Cleveland Indians juggled their rotation for their showdown with the Toronto Blue Jays, bumping Trevor Bauer to Game 3 due to a laceration on his pinky finger and anointing Josh Tomlin their new Game 2 starter.

Bauer, who required stitches in his right pinky, will now get a couple extra days to heal, as the 25-year-old right-hander will get the ball Monday night in Toronto rather than pitching Saturday afternoon at Progressive Field in Cleveland. According to Indians president of baseball operations Chris Antonetti, Bauer cut the outside of his pinky repairing a drone.

In his postseason debut last Thursday, Bauer allowed three earned runs on six hits – including two homers – over 4 2/3 innings against the Boston Red Sox in Game 1 of the American League Division Series, an eventual 5-4 victory for the Indians. Over a career-high 190 regular-season innings, Bauer managed a 4.26 ERA (110 ERA+) with a 1.31 WHIP, and allowed just two runs while notching a career-high 13 strikeouts over eight innings in his lone start against Toronto on Aug. 19.

Tomlin, meanwhile, enjoyed a slightly more auspicious playoff debut, surrendering only two runs on four hits and one walk over five innings en route to a 4-3 win over Boston at Fenway Park in Game 3 of the ALDS. Like Bauer, Tomlin is coming off a respectable regular season in which he crafted a 4.40 ERA (106 ERA+) with a 1.19 WHIP over a career-high 174 innings.