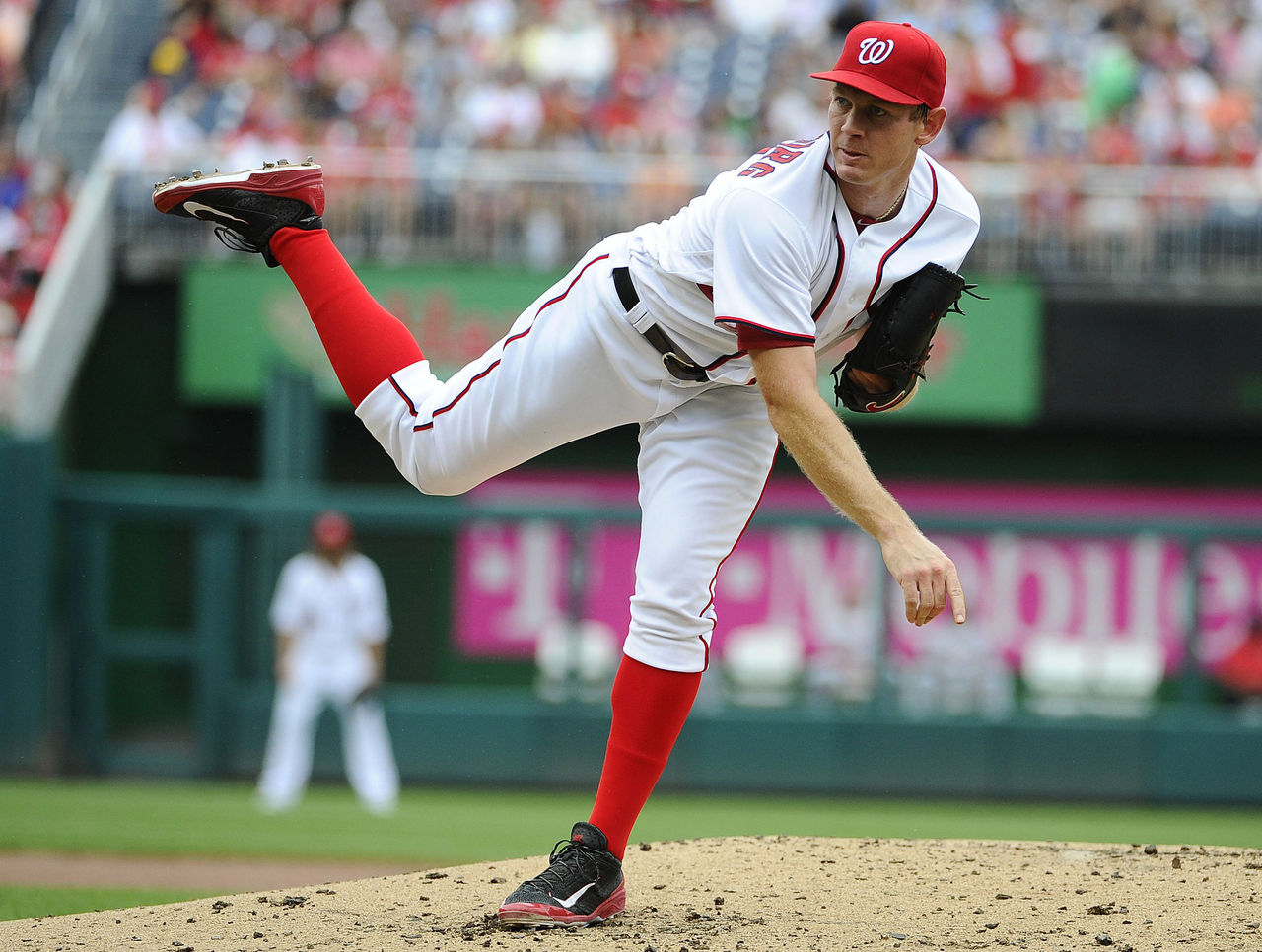 Should the Washington Nationals advance to the National League Championship Series, Stephen Strasburg won’t be able to help the team out.

Strasburg hasn’t pitched since Sept. 7, when he was pulled from a game in the third inning due to a strained flexor mass in his right elbow.

“We know he’s not going to be ready for the next series,” Nationals manager Dusty Baker told reporters Thursday. “It would be a miracle if he was.”

The right-hander got on the mound Thursday at Nationals Park after feeling discomfort Monday at Dodger Stadium. The irritation cut his bullpen session short by four or five pitches.

Weeks after the injury, it was revealed that Strasburg also had a partial tear in the pronator tendon of his right elbow.

The Nationals will send Rich Hill to the mound Thursday when they take on the Los Angeles Dodgers in Game 5 of the NLDS.