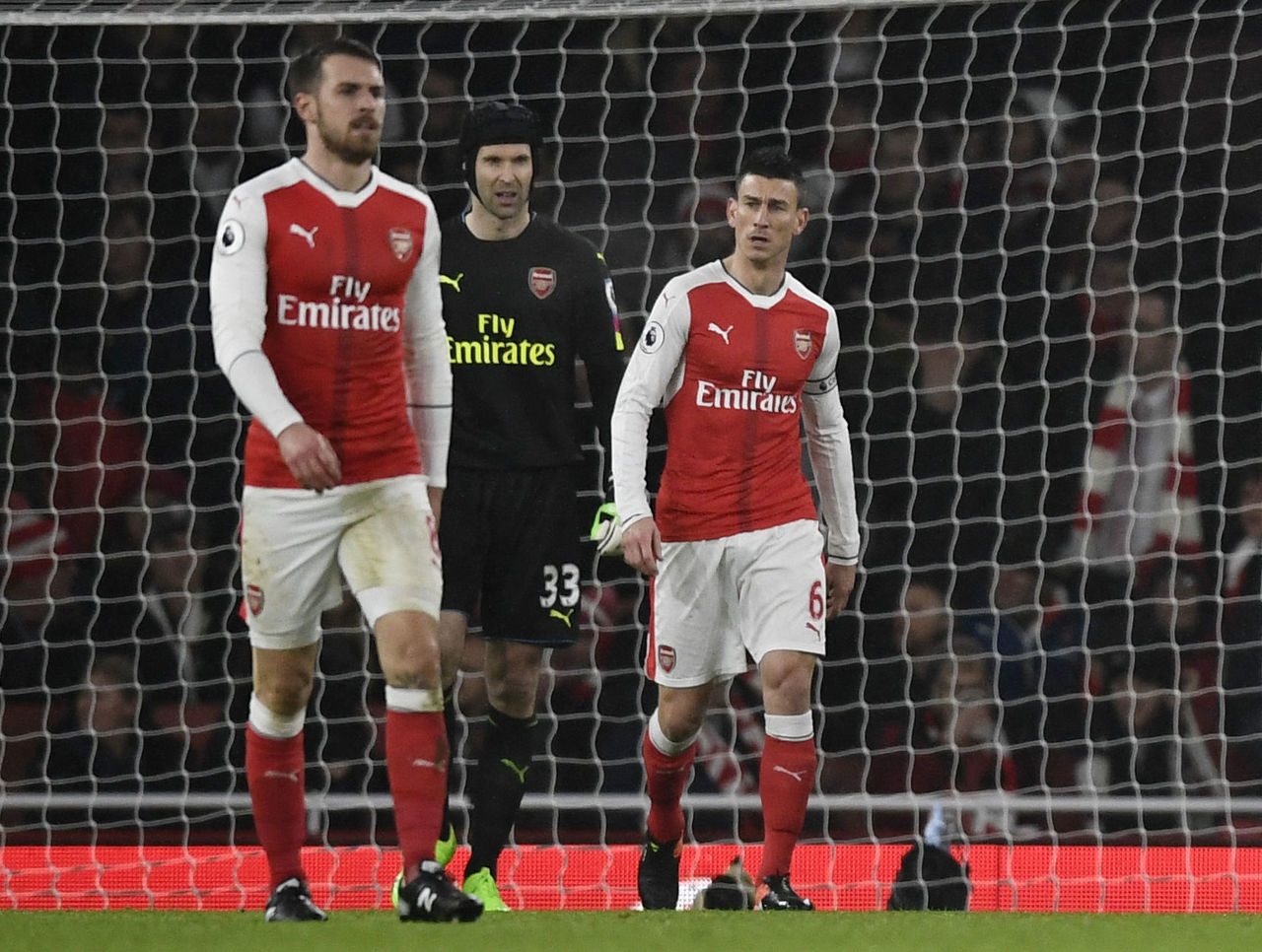 After a lengthy break, Arsenal was back on the practice pitch as Arsene Wenger’s side prepares for Saturday’s match against Liverpool.

The match offers Arsenal a chance for revenge after the Merseyside outfit secured a dramatic 4-3 victory over the Gunners in the season opener at the Emirates Stadium.

It could also offer fans a welcomed opportunity to see Koscielny back in action for the first time since coming off with a back injury during Arsenal’s Champions League loss to Bayern Munich on Feb. 15.

The French defender’s removal from the match coincided with a defensive collapse as Bayern broke a 1-1 deadlock before surging out to a 5-1 victory after Koscielny was replace by Gabriel Paulista.

Ramsey, however, is expected to struggle to overcome a calf problem in time to feature against Liverpool after returning to training for the first time since suffering the injury at the end of January.

Wenger’s men will look for their first away win at Liverpool since February 2014 when they travel to Anfield and take on a struggling Liverpool team in search of its second of eight contests since New Year’s.