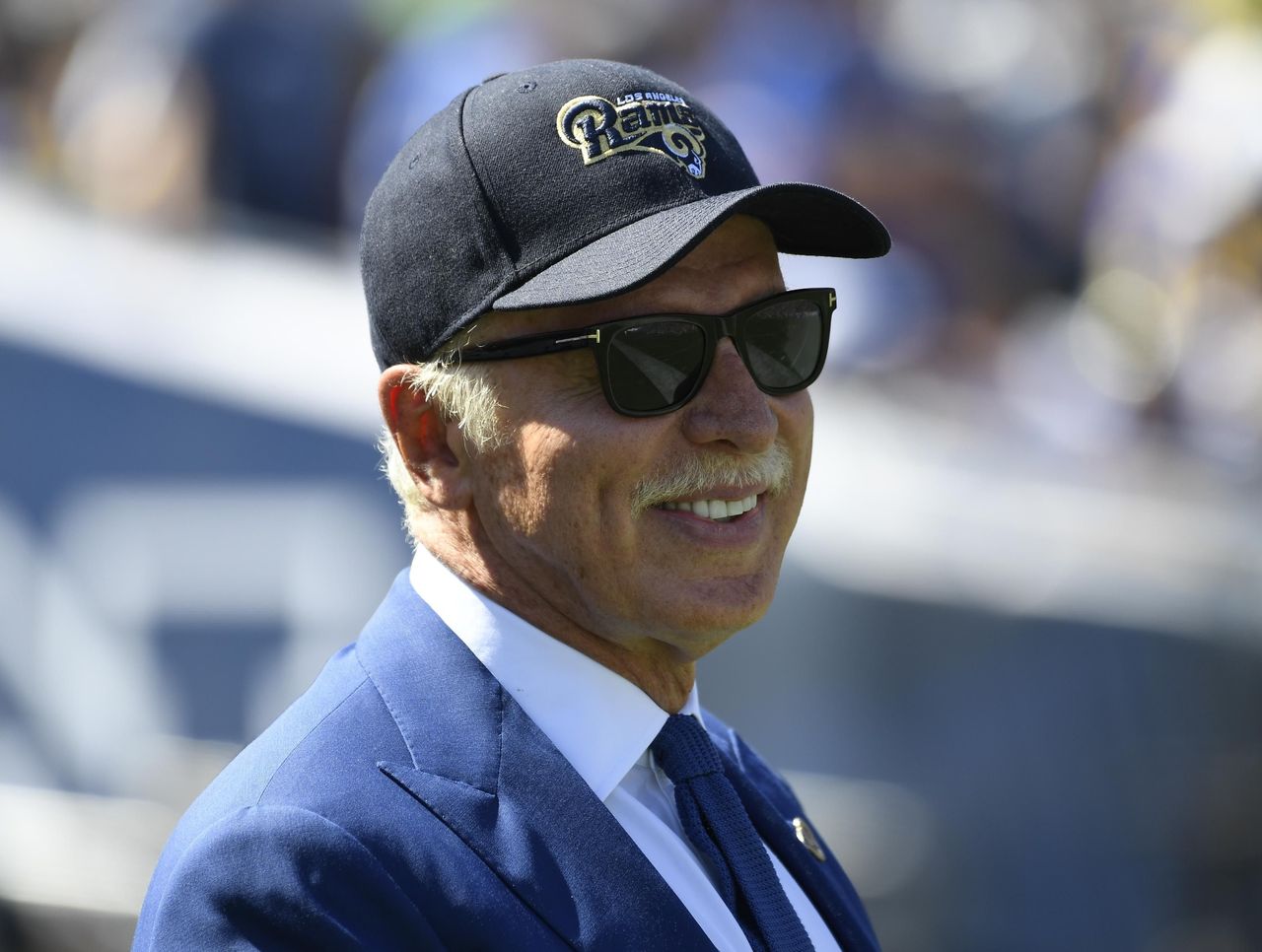 Despite Arsene Wenger’s contract winding down at the end of the season, Arsenal owner Stan Kroenke insists the club remains “very high” on him as manager, as it looks to avoid a transition akin to Manchester United post-Alex Ferguson.

Wenger made it 20 years in charge of the Gunners this month, edging closer to the duration of Ferguson’s 26-year reign which has been followed by limp league finishes under David Moyes and Louis van Gaal since his 2013 retirement. Jose Mourinho is the third manager tasked with trying to steady the United ship after the heady days under Ferguson’s watch.

“You see it (at United), you bring up a comment like that,” Kroenke told the AP’s Rob Harris of replacing Wenger at Arsenal’s annual general meeting. “It’s very hard. He’s a great manager.”

He added: “He’s been a wonderful influence on the club. We are all very high on Arsene. We are (joint) top of the table right now.”

The subject of Wenger’s stay has to be broached sooner or later, though, and the club chairman Chips Keswick vowed that this would happen in the near future.

“We will sit down and discuss the future at the appropriate time,” said Keswick. “But our focus is on maintaining the current run and competing for trophies.”

Kroenke also boasts the NFL’s Los Angeles Rams in his business portfolio, so he knows a thing or two about running a professional sports team. He appreciates that being at the top is tough, but says staying there is probably the toughest thing to sustain across all disciplines.

“I know a number of (sports team) owners that are very successful that say the same thing – the hardest thing to do is be consistently competitive at the top of the league,” Kroenke continued. “Arsene has always done that, and Arsenal has always been in that position. We have always been competitive.”

Arsenal can take top spot next Saturday in a trip to relegation-threatened Sunderland, and boasts what many are regarding as his deepest and most talented squad since the Gunners romped to the title with an unbeaten record in 2003-04.

Kroenke signed off his speech with a carefully worded ultimatum: “We would all love you to win the championship this year.”