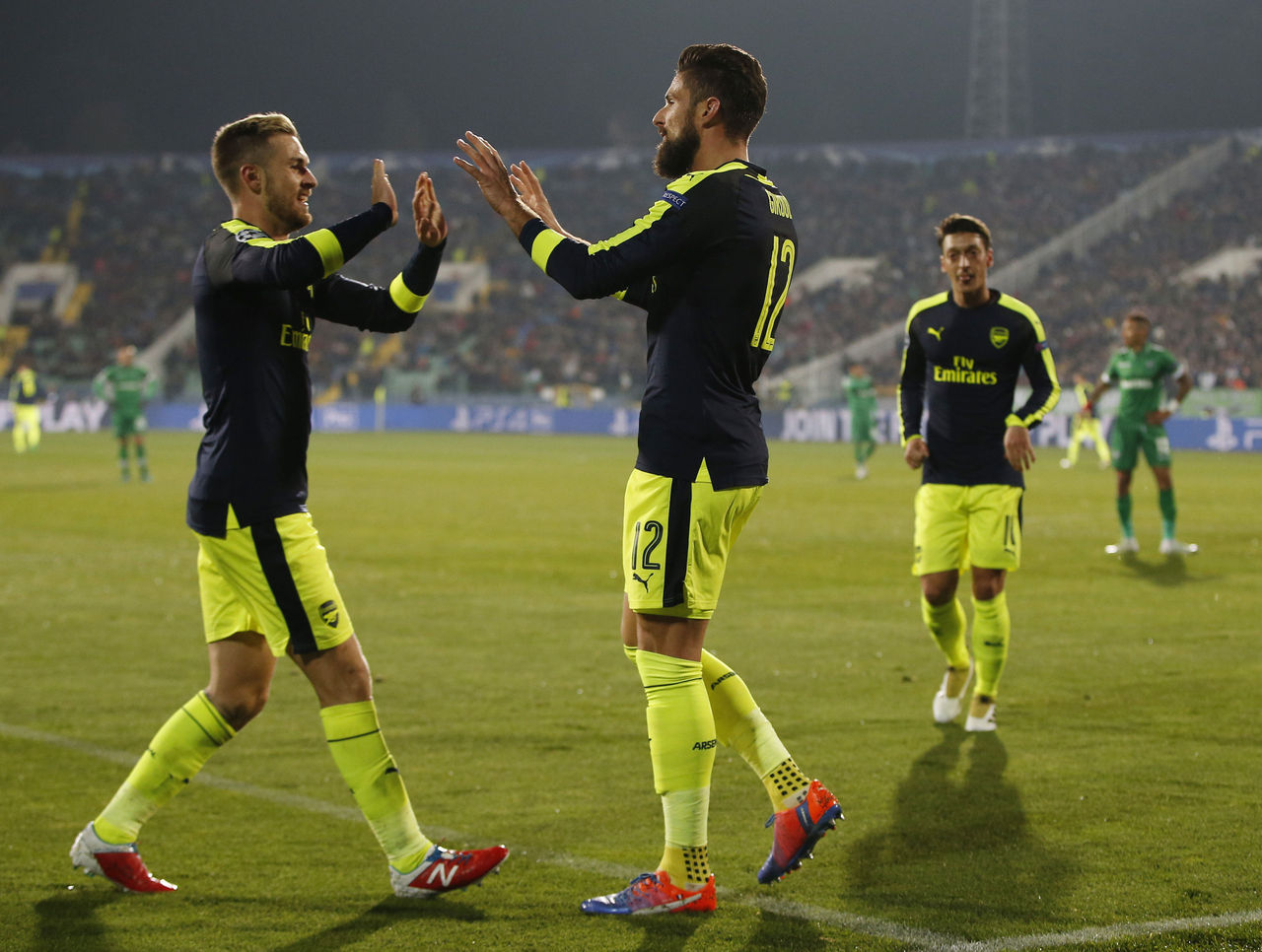 Arsenal, as has been the case for the past 13 seasons, will partake in the knockout stages of the Champions League.

After going behind 2-0 early, the Gunners roared back against Ludogorets on Tuesday at the Vasil Levski National Stadium, a 3-2 comeback victory – courtesy of a brilliant late goal from Mesut Ozil – ensuring that Arsene Wenger’s men will reach the next round of Europe’s premier club competition for the 14th year running.

Only Real Madrid, who can make it 20 consecutive appearances this season, has a better run all time.

With fellow Group A power Paris Saint-Germain also winning on the day – a 2-1 triumph over FC Basel – top spot in the section, which, as Arsenal supporters know, could be the difference between an early exit or an extended run, is still very much up for grabs.

Ozil’s wonder strike to secure the victory will steal the headlines as the gifted German ran from deep to complete the comeback in style.

As goalkeeper Milan Borjan ran out of the box to meet him, Ozil lifted the ball over him, sold a dummy to two scrambling defenders and coolly tapped in the winner.

“I told them not to panic at 2-0 down and stick to our game,” Arsene Wenger told BT Sport after the game.

The Bulgarian champion had gone in front on 12 minutes when Jonathan Cafu reacted quicker than the Arsenal defence to convert a free-kick from close range.

Cafu then turned provider when Kieran Gibbs fell as the Brazilian dropped a shoulder, allowing him to cross for in-form striker Claudiu Keseru to clip home his 10th goal in 14 games.

But then came Arsenal’s astonishing turnaround.

Alexis Sanchez sent Ozil on a run down the left and he set up Granit Xhaka for a precise left-footed strike to pull a goal back on 21 minutes.

Aaron Ramsey, back in the Arsenal line-up, provided a pinpoint cross to set up Olivier Giroud, who powered home his header to equalise on 41 minutes as Borjan mistimed his run.

“It’s tough for them but we never gave up,” said Giroud.

“We killed them on the counter-attack. I had a great delivery from Aaron and I finished the job.”

David Ospina was again selected in goal for Arsenal in the Champions League ahead of Petr Cech and the Colombian proved his worth.