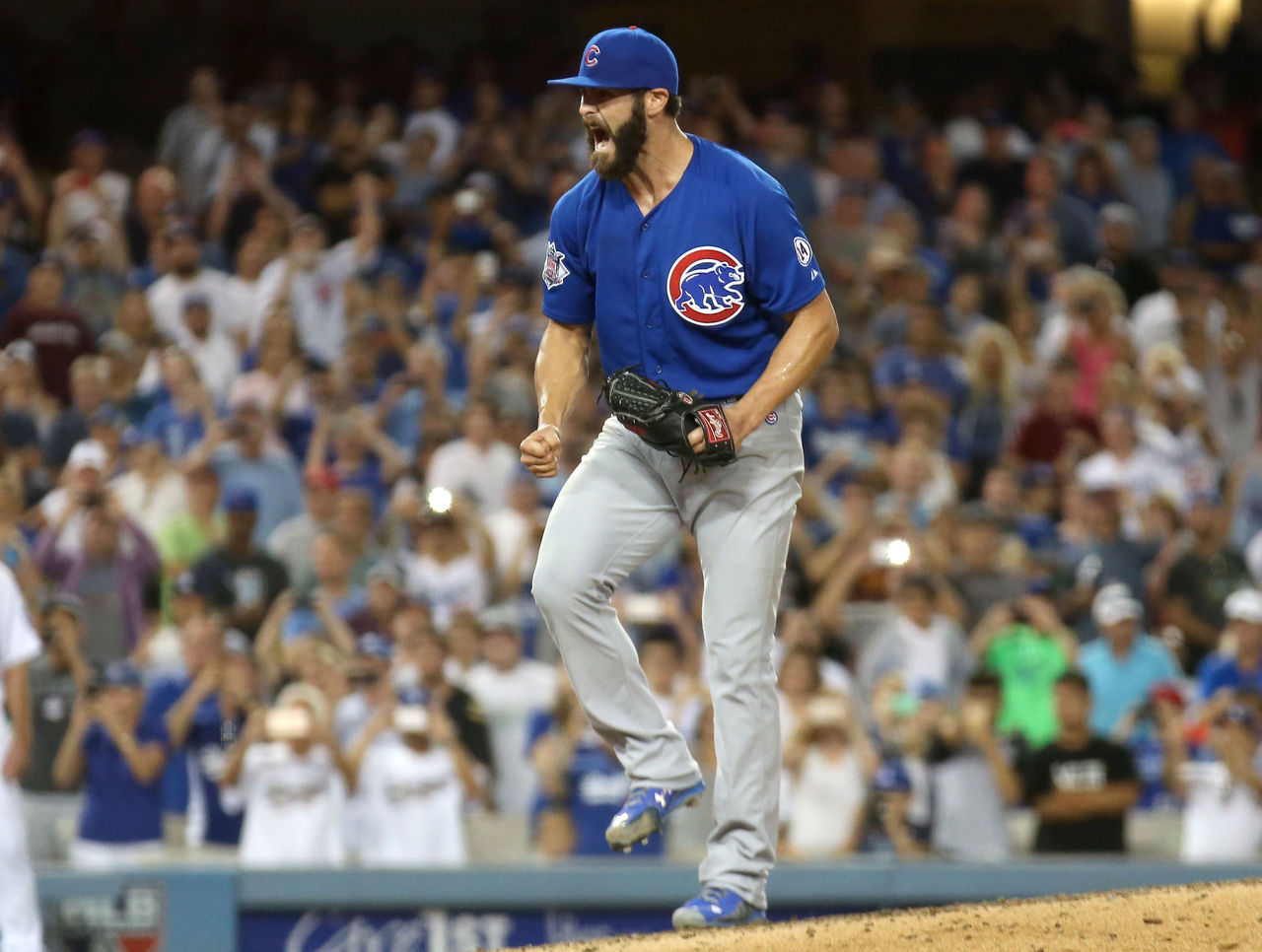 LOS ANGELES – Back in spring training, Joe Maddon cornered Jake Arrieta for a frank conversation about his workload during the upcoming season.

Maddon knew Arrieta would be upset any time he got lifted early, especially after tossing 229 innings for the Chicago Cubs on his way to winning the NL Cy Young Award in 2015.

”But understand it’s going to pay off in the latter part of the season,” Maddon counseled his ace. ”Our intention is to play deeply into October and possibly November this year.”

Arrieta bought into Maddon’s plan, and it’s gotten him to the NL Championship Series with 197 1/3 innings and a 3.10 ERA.

”I’m in a much better place,” Arrieta said Monday before the Cubs worked out. ”Going through that last year has prepared myself as well as the rest of the guys mentally for a longer run this year, and we’ve been able to handle the moments mentally a lot better as well as physically.”

With the series tied 1-1, Arrieta starts for the Cubs against Los Angeles’ Rich Hill on Tuesday night at Dodger Stadium.

Arrieta threw his first career no-hitter in the venerable ballpark on Aug. 30 last year in a game that began shortly after 5 p.m., the same starting time as Game 3. Shadows can creep between the mound and home plate at that hour, which Arrieta believes favors the pitchers.

”I really think it can be difficult to pick up spin,” he said. ”From a pitching perspective, you want to be aggressive early because of the fact that it is a little more difficult to pick up some rotations and spin on pitches when the shadow’s kind of in between and then it starts to creep out to the mound.”

In his no-hitter last year, a 2-0 victory, Arrieta struck out 12 and allowed two baserunners – one on an error and the other via walk.

Hill, meanwhile, had a 2.12 ERA during the regular season allowed a combined five runs in seven innings starting Game 2 of the NL Division Series against Washington and returning on short rest in the decisive Game 5.

Now, Hill returns on regular rest and manager Dave Roberts said the finger blisters that have bothered the left-hander this season are not an issue.

”With Richie, it’s an inning-by-inning thing, so we’ll just keep our fingers crossed,” Roberts said. ”Because all things being equal, the blister holds, I really, really like our chances.”