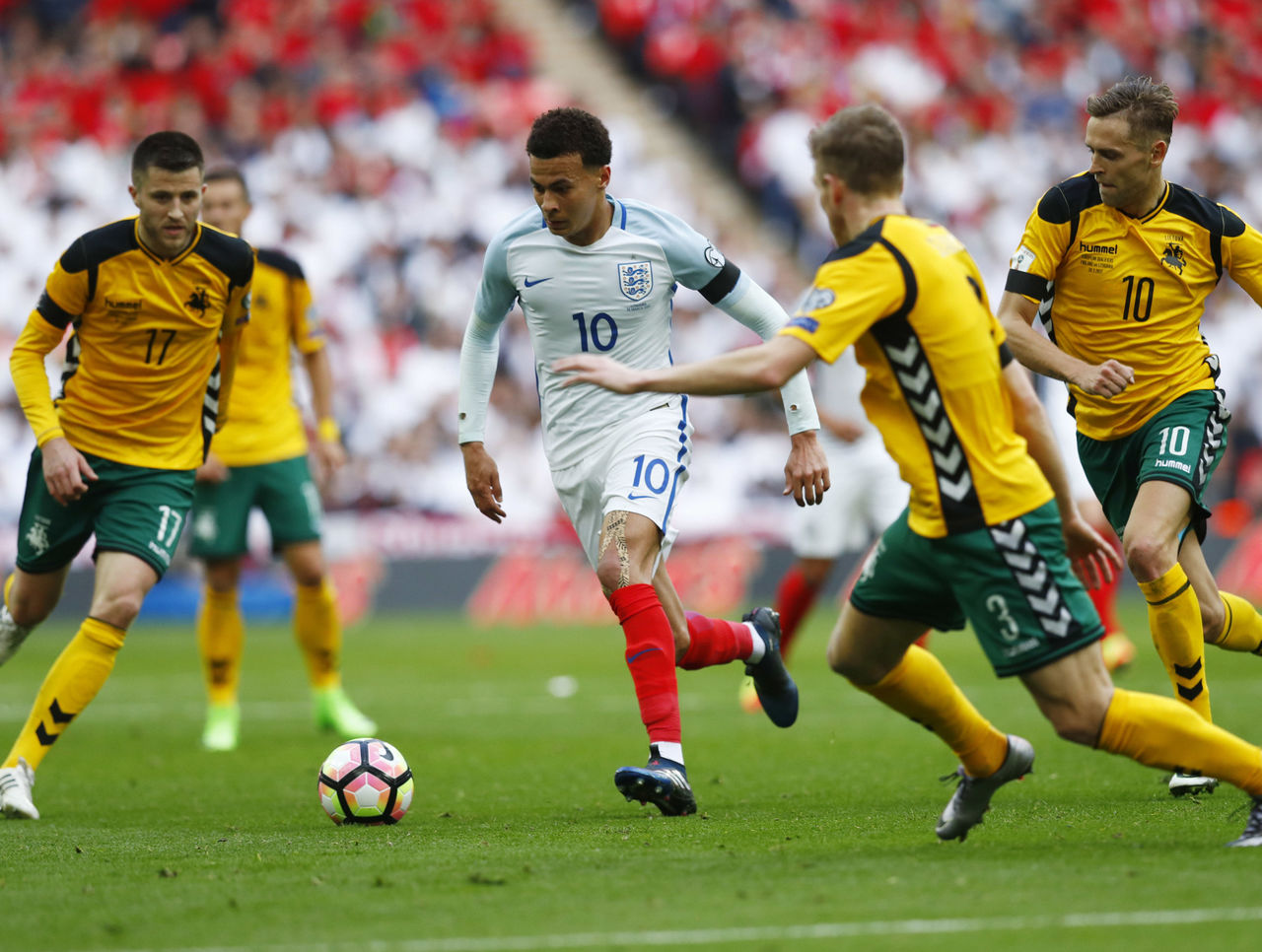 Dele Alli is delighted to be playing on an England side that presses the opposition and plays with the ball on the deck under “fantastic coach” Gareth Southgate.

In his first two matches as full-time manager, Southgate echoed a 3-4-3 system used at Chelsea and Alli’s Tottenham Hotspur in a 1-0 friendly loss in Germany, before presiding over a 2-0 World Cup qualifying defeat of Lithuania on Sunday in a shape closer to a 4-2-3-1 formation.

This tactical fluidity and championing of creative freedom has gone down well with Alli.

“(Southgate) likes to play football and get the ball down. I think with the players we have got it really suits us,” Alli told Sky Sports News HQ.

“We like to win the ball up high and press, and get the ball down and play football and be patient as well so it is a fantastic time.”

Rather than the tendency of previous regimes to lull into stolid 4-4-2 shapes or shoehorn players into a system rather than curating ways to get the best out of them, Southgate is seemingly dragging England into the 21st century. Using approaches deployed by the leading teams in the Premier League has been a valuable wake-up call to those in the national camp.

“With the boys we have got here, a lot of the boys want to play that way. It is important with the squad he chooses that everyone comes in and has an understanding and wants to play the same way,” Alli continued.

“It is important for the team when we come here that we all buy into the philosophy. Like I say, he is a fantastic coach and it is a pleasure to play for him.”

England holds top spot of Group F on the road to Russia 2018 with 13 points in five outings. Southgate’s international throng next meets before a trip to rival Scotland on June 10.