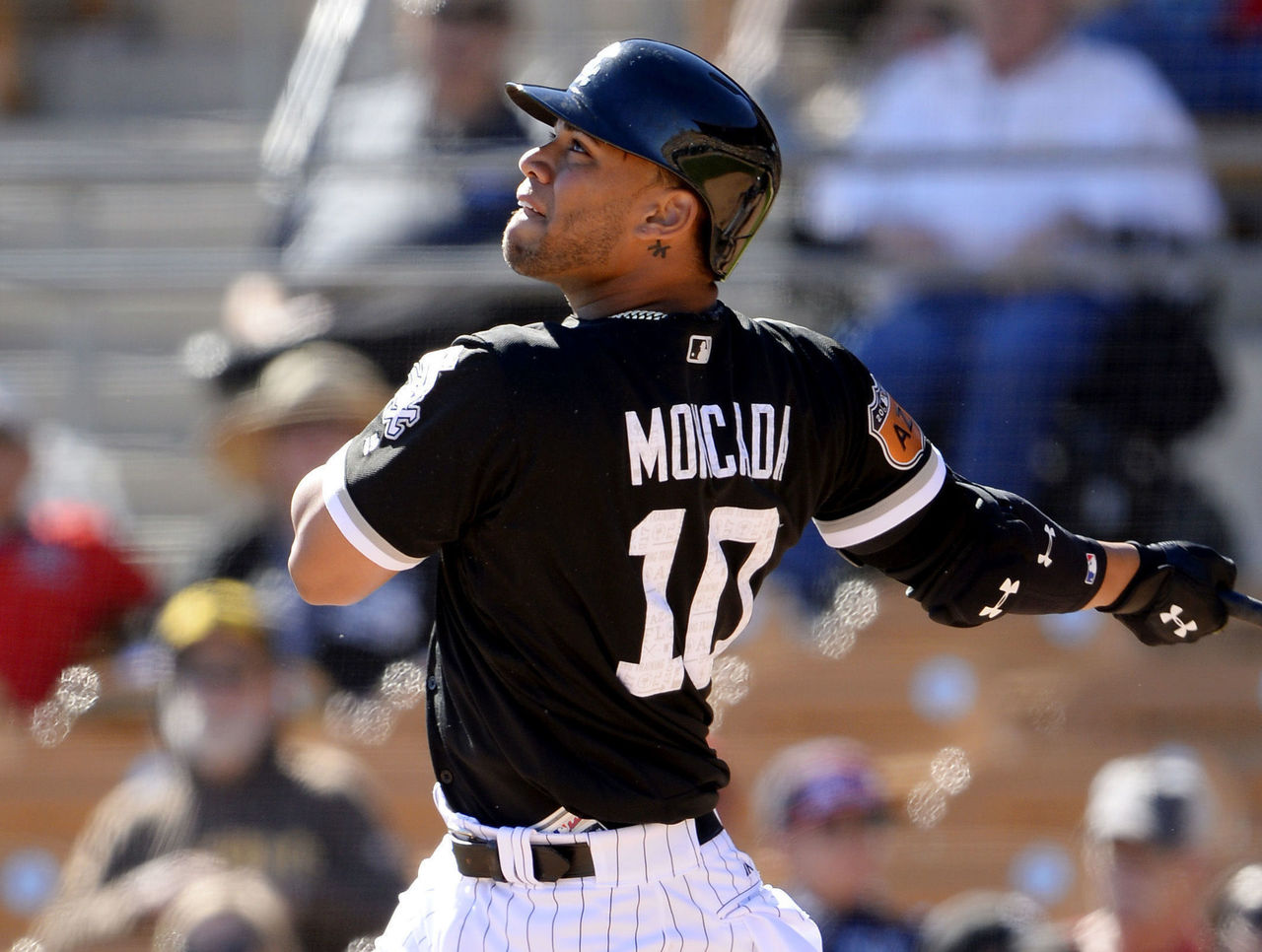 Spring-training numbers are only meaningless in terms of their direct impact on regular-season win-loss records or a long-standing veteran’s status. If a big bat isn’t quite up to snuff, chances are he’s not going to get cut.

But for players yet to debut at the big-league level, or those who’ve only sampled a taste, a great spring session can make it much more difficult for their MLB club to justify a demotion to the minors. As teams cut down their rosters in advance of Opening Day, here are five would-be rookies making names for themselves with the lumber.

Moncada’s already got a reputation – he was the centerpiece the White Sox landed in the Chris Sale trade. He’s MLB.com’s No. 2 prospect and he’s come as advertised. On Sunday alone, he hit two doubles and a home run, and drove in four runs. It was his third homer of the spring, and he raised his batting average to a robust .317.

He also struck out, which remains an ever-present element of his game. In his brief appearance with the Red Sox in 2016, he struck out in 60 percent of his plate appearances. He’s done better this spring, but he’s still been K’d 14 times in 41 at-bats.

As if the Cubs needed another young bat to emerge as a star. (Actually, they have two more if you count Eloy Jimenez, who’s having a great spring in his own right.) Happ, like Moncada, has some strikeout issues, but they’ve been of minor importance as he’s posted a .417/.462/.778 slash line in 18 spring-training games, with four doubles and three home runs.

He wasn’t expected to make the leap to the big-league level until 2018, but the second baseman also just made his first spring start in the outfield. Versatility could spell promotion sooner than later.

When the Indians sent prospect Clint Frazier to the Yankees for Andrew Miller, they weren’t exactly cleaning out the cupboard. Zimmer remains slightly ahead of Frazier in MLB.com’s prospect rankings, and has outhit his former teammate this spring. In addition to sporting a .348 batting average, he leads the Indians with four stolen bases and 16 total hits.

Like Happ, Torres may force his parent team to give him a look earlier than anticipated. He hasn’t played as regularly as his Yankees peers, but he’s hitting .444 with eight runs scored – best on the team.

He’s only 20 and hasn’t played above Single-A, so some extra seasoning is likely in order, but it wouldn’t be a huge surprise if his performance carries over. If it does, he’ll be on Broadway before the season’s out.

Bauers has made the most of his opportunities. His power has been impressive – he boasts four home runs, 11 RBIs, and a 1.037 slugging percentage. Perhaps even more astounding is the fact he’s walked more times (six) than he’s struck out (one). That kind of patience and eye at the plate should pave the way to a gig at The Show.

Bauers spent 2016 in Double-A, where he walked 12.6 percent of the time. His Grapefruit League walk rate may not be a mirage. The one element of his minor-league skill set he hasn’t yet showcased is his speed; he stole 10 bases in 2016, not bad for a first baseman. The Rays don’t have much in the way of a roadblock, either.