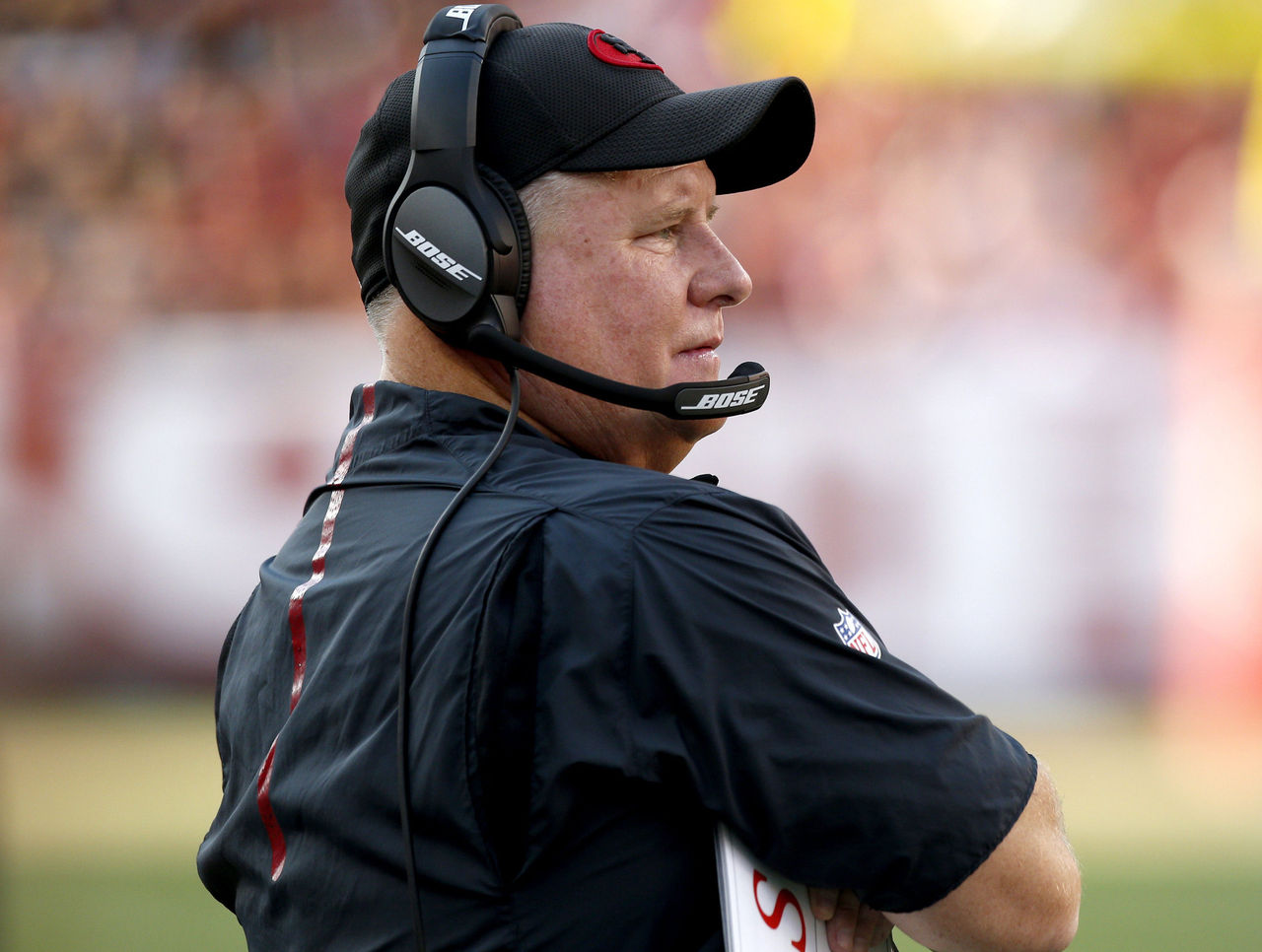 Despite winning just one game out of his first six in charge of the San Francisco 49ers, head coach Chip Kelly isn’t concerned about his job security.

Amid rumors that he’d consider a return to college football at the end of the season, Kelly maintained he’ll be on the 49ers’ sideline in 2017.

“Unless the media has an opportunity for me somewhere,” Kelly joked Thursday, according to Eric Branch of SFGate.com. “I’ll always explore those opportunities.”

He added: “I’m not going anywhere.”

Kelly signed a four-year, $24-million contract in January, inheriting one of the least talented rosters in the league. While the poor start has been a disappointment, San Francisco was always likely to view the next few seasons as rebuilding years.

The head coach should get the chance to draft his quarterback this offseason, after being saddled with the underwhelming duo of Blaine Gabbert and Colin Kaepernick in 2016.