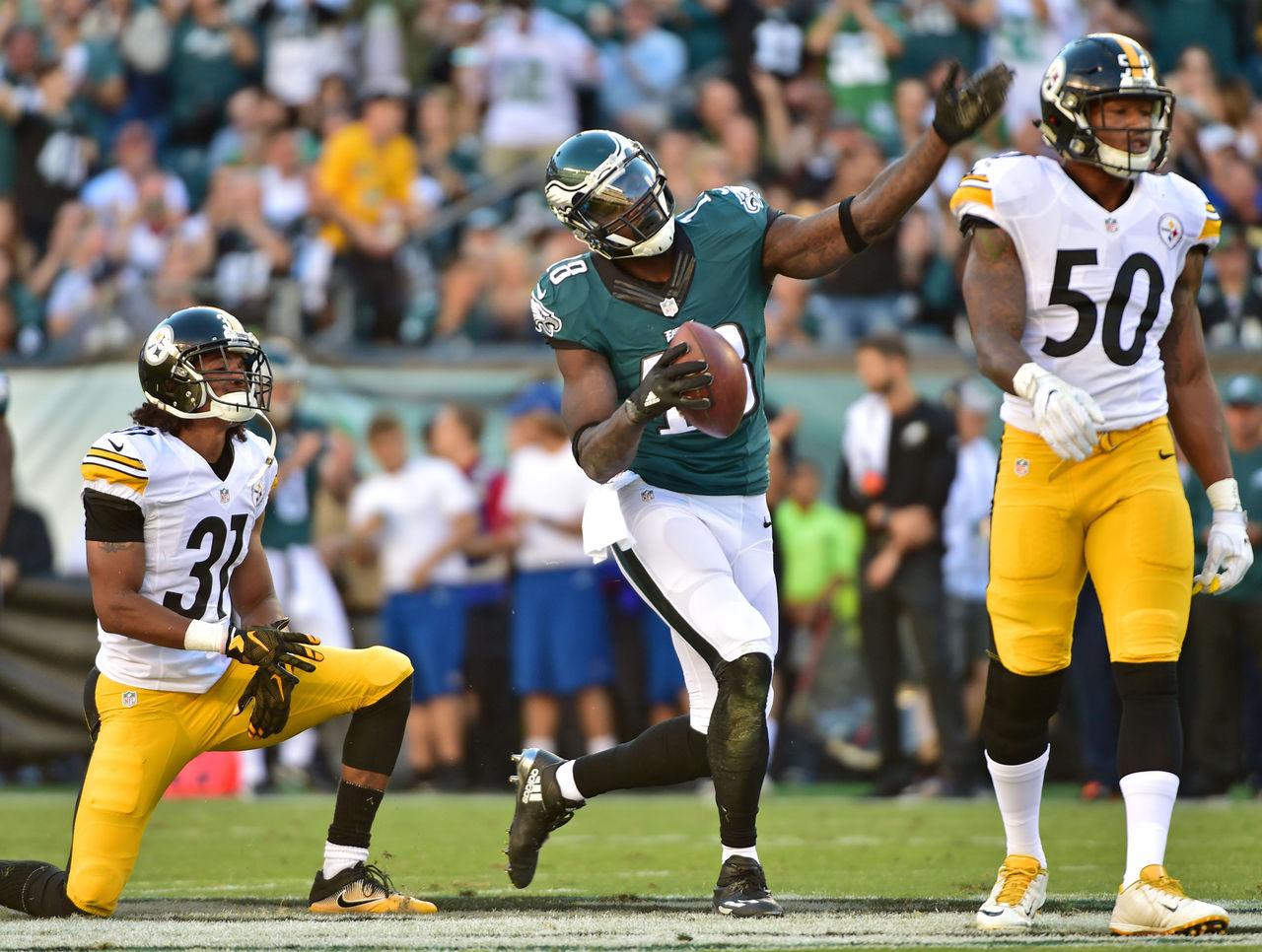 The fantasy football landscape evolves quickly and remembering it’s a weekly game is important while managing your roster. The players posting big points in Week 7 aren’t always going to be the same ones who help you hoist a championship trophy in the playoffs.

With that in mind, here are a handful of players worth monitoring or stashing over the coming weeks because of their upside to reward fantasy owners when it matters most.

It’s important to separate fantasy from reality in this case; our virtual game doesn’t reflect Kaepernick’s 46.0 completion percentage, but his 150 rushing yards through two games are a monster boost to his value. Through his first two starts of the season, Kaepernick has posted a respectable 33.2 standard fantasy points.

San Francisco has a Week 8 bye, so outside of leagues where you can start two quarterbacks, Kaepernick is likely available for a dreamy Week 9 date with the Saints. It’s also reasonable to expect him to improve from a fantasy perspective going forward, especially since game script will almost always require the 49ers to be attacking.

While the Cardinals and Patriots stand as avoidable upcoming matchups, the schedule opens up for Kaepernick to have a number of startable weeks late in the season and into the playoffs. Owning two QBs isn’t ideal, but unless you own a top-tier signal caller, Kaepernick’s week-winning upside is worth stashing and taking advantage of when the opportunity presents itself.

Without doubt, Perkins is the most talented and explosive running back for the Giants. And with New York on a bye this week, it wouldn’t be shocking if Perkins’ role in the offense continued to increase in Week 9. Assuming he can shore up his shortcomings in pass protection, the rookie could be the lead back before the season is over.

Rashad Jennings is an injury risk and has averaged just 1.82 yards per carry over his past two games, and Perkins received more offensive snaps than Bobby Rainey and Orleans Darkwa in the Week 7 game against the Rams. Again, assuming the pass protection can hold up, it’s all trending in the right direction for Perkins.

The UCLA product will also benefit from being comparably fresh with just 10 rushing attempts through the first seven weeks of the season. And Perkins has showed his big-play ability in the passing game with a 67-yard reception in Week 4 against the Vikings. His fantasy ascend might not fully come to fruition this year, but you want to be the stockholder if it does.

The sky was the limit for Lockett entering the season, but the sophomore battled a knee injury early in the year and hasn’t garnered a big enough target share to make a fantasy impact since. However, he didn’t hit his stride until the second half of last season, either. Through the final seven games of the year, Lockett caught 30 balls for 404 yards and five touchdowns.

Under Pete Carroll, the Seahawks have shown a knack for getting the most out of their players, and Lockett’s ability to stretch the field and haul in a game-breaking catch isn’t going to waste away. Remember, we’re only at the halfway point of the season.

Opportunity often trumps all in the virtual game, but when you’re envisioning how a fringe fantasy asset can morph into being a weekly starter, talent is usually the focal point. Lockett is a dynamic athlete and playmaker that doesn’t need bunches of targets to make an impact. But it’s also fair to expect him to be more involved in the vertical attack.

After flashing signs of fantasy stardom throughout his rookie campaign in Tennessee, Green-Beckham was shipped to Philadelphia in the offseason and has been slow to acclimatize to the offense. His size-speed combo is rare, and his red-zone score in Week 7 was an encouraging sign, as the Eagles have converted just 50 perfecnt of red-zone trips into touchdowns.

While it’s unlikely Green-Beckham can climb the ladder and become the No. 1 receiver in the offense, Nelson Agholor hasn’t caught more than four passes in a game all season. And Zach Ertz has just five catches over three games since returning from a rib injury. All said, Philadelphia needs more from its pass catchers, and Green-Beckham has the ability to capitalize.

In particular, Green-Beckham’s 6-foot-5, 237-pound frame should present matchup nightmares near the goal line and as a possession receiver to move the chains. If utilized more in the coming weeks, and he should be, Green-Beckham could emerge as a weekly starting option sooner than later.