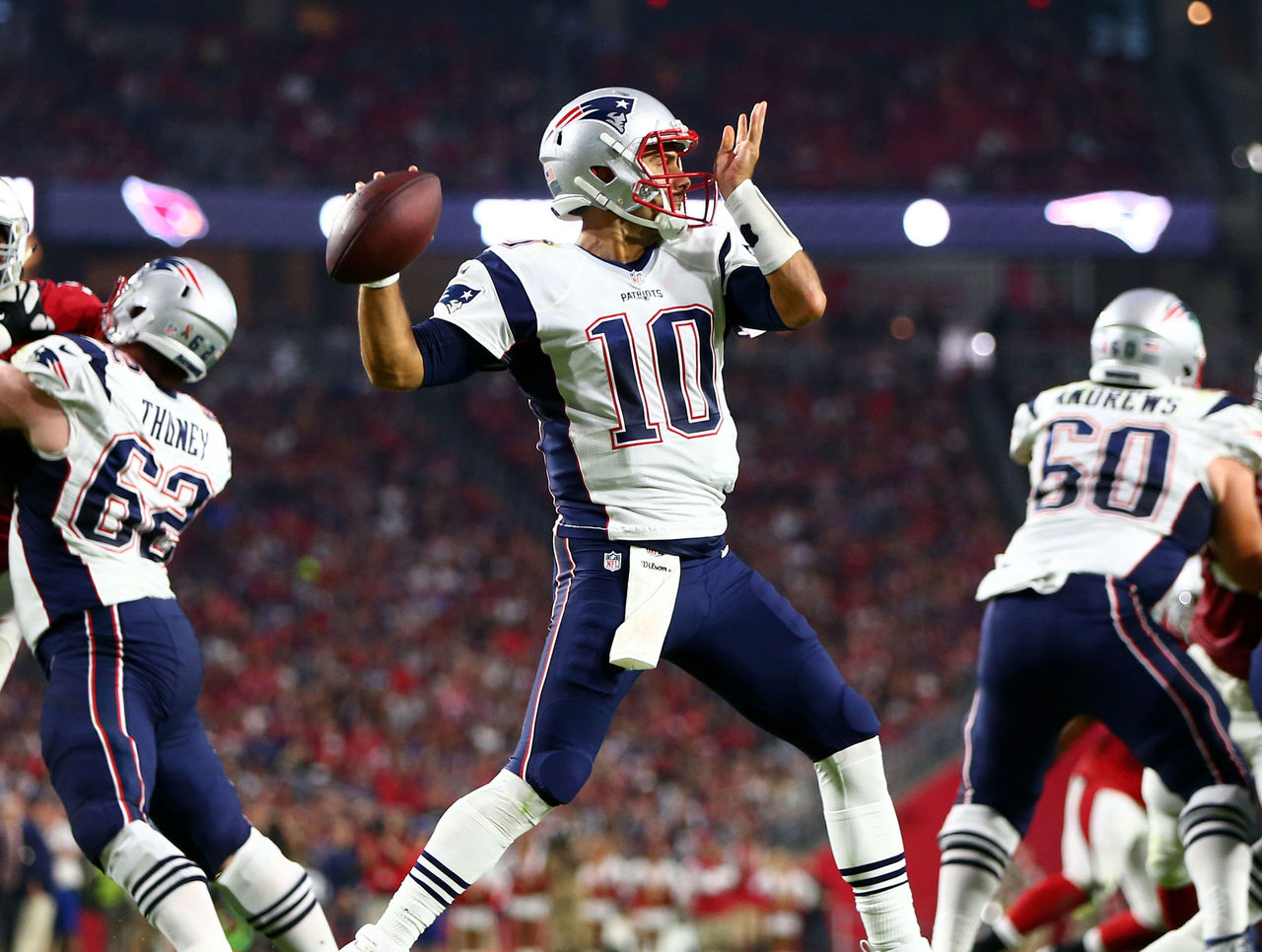 Where will Jay Cutler play next season?

Dan Wilkins: How about Washington? It seems increasingly possible that the Redskins just don’t want to meet Kirk Cousins’ market value, and it’s tough to blame them. Why not ship him out for a haul of draft picks while they can and draft a quarterback to bring along as his replacement? Not only could he be an ideal bridge option to a younger player, but there’s not much of a drop-off, if any, from Cousins to Cutler.

Michael McClymont: No team with any serious hope of contending will be in the market for the gunslinger. At this stage in his career, we’ve seen what there is to see from Cutler. The Browns won’t be drafting a quarterback No. 1 overall and therefore will need a bridge to the future. Enter, Smokin’ Jay.

Mitch Sanderson: The Texans have a serious problem at quarterback, but not a lot of money to fix it with right now. they have the defense, the receivers, and the offensive line to win right now, but Brock Osweiler is still there and has a $19-million cap hit. Cutler may be wildly inconsistent, but his arm talent is elite when he’s on top of his game and the 33-year-old won’t come with a big contract. He can’t be any worse than Osweiler, so why not give Cutler a shot at hooking up with DeAndre Hopkins for a year.

Should the Chiefs prioritize retaining Berry or Poe?

Sanderson: The Chiefs should have paid Berry a year ago. If anyone deserves to get his money, it’s the guy who beat cancer. But because they did not, moving on to Poe is a more worthwhile venture. Berry will be looking to become the league’s highest-paid safety and the Chiefs currently sit with the second-least amount of cap space. Poe is one of the few elite nose tackles in the league, and could be signed at a more reasonable price. Berry is the better player, but he knows that and is looking for money the Chiefs don’t have.

Wilkins: Keeping Berry is the more sensible option of the two. As talented as Poe may be, it would likely be far easier to replace his impact at nose tackle than Berry’s playmaking ability on the back end. And as the market goes, any top talent up for a new contract has to be made one of the highest-paid players at his position. For Berry, that’s a multi-year deal in the range of $12 million per year. Poe could command something along the lines of the $16 million annual average Marcell Dareus got from Buffalo in 2015.

McClymont: A difference-maker at safety is much more difficult to acquire and Berry represents the cream of the crop. Should the Chiefs part with Berry, they would waste years, effort, and draft capital to find a comparable replacement. The strong safety made at least two game-winning plays in 2016. The margin between division champion and watching the playoffs from afar is slim – about the 212 pounds Berry weighs.

What is Jimmy Garoppolo’s trade value?

McClymont: The former second-round draft pick is lucky to be a coveted asset in a hot market. There is no shortage of NFL teams in need of a new starting quarterback and very few inspiring options are presenting themselves in April’s draft. As the Houston Texans proved last year with Brock Osweiler, there will be a team willing to overpay for the chance to solve a quarterback quandary. He’s worth another player and a late first-round draft pick.

Sanderson: Coming out of Eastern Illinois in 2014, Garoppolo earned the value of a second-round pick. Since arriving in the league, the 25-year-old hasn’t had enough experience to really add or subtract much value from his stock other than presumably absorbing some tips from Tom Brady. The quarterback market always gets overvalued and thanks to Osweiler, whoever trades for Garoppolo will have to pay him big bucks. With the worth of his impending contract balancing out his limited experience, Garoppolo is still worth what he was when he arrived – a second-round pick.

Wilkins: All indications are that Garoppolo’s current trade value is a first-round pick. Should it be that high? No. We’re talking about a quarterback who has thrown 94 career passes. That’s worrisome enough, but combined with the fact that he’s heading into a contract year, and presumably in line for an Osweiler-type contract with his new suitor, teams should even be hesitant to give up a second-rounder in the deepest draft in recent memory. A package including a third-round pick this year and another mid-late rounder in 2017 seems fair.