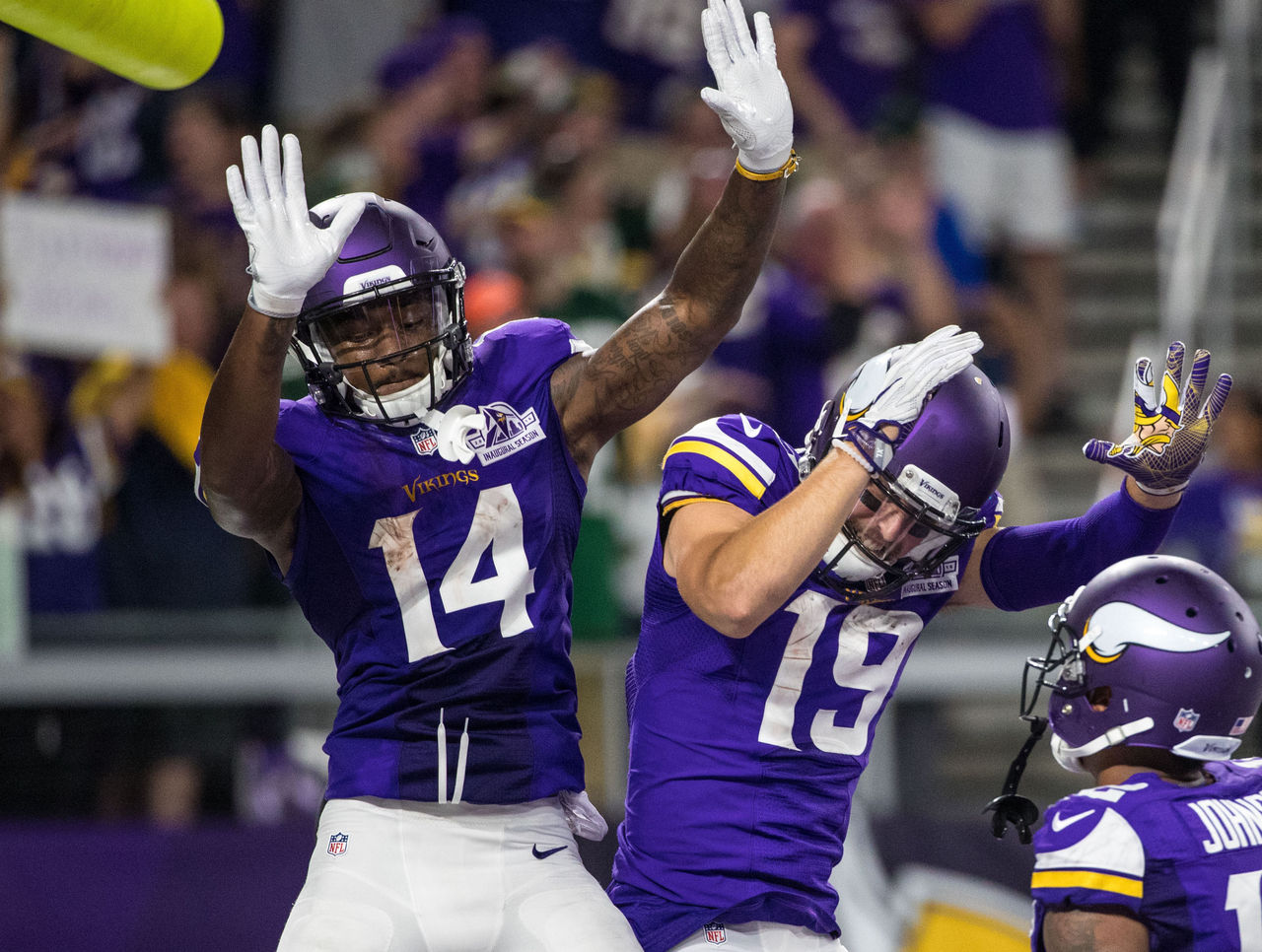 3-Wide is a weekly feature in which theScore’s NFL editors debate the hot topics around the league. Grab a cold towel and brace for hot takes

Are the Vikings really the NFL’s best team?

Jack Browne: The Vikings are the best team in the league, and it isn’t just because they’re the only remaining undefeated team. Their defense, under the guidance of Mike Zimmer, has become a behemoth, destroying everything in its path. The dominant unit looks similar to that of the Super Bowl-winning Denver Broncos last season, but the Vikings have one major advantage: they have a much better quarterback. While it still doesn’t feel right to speak about Sam Bradford in such a manner, he’s been playing like a top-five signal-caller this season. Until the cracks in his game begin to show, or the defense drops off, the Vikings will sit atop the NFL mountain.

Joe Thomson: The Patriots lose one game, and everyone forgets how dominant they’ve been under adverse conditions. They’re still the best team, and look poised to reel off several blowout victories as retribution to an ungrateful league.

Mitch Sanderson: Do they have the most talented players? No. Are they the best team? Yes. Mike Zimmer has this squad working in unison like no other. The defense might have as much talent as anyone, but the offense has been losing pieces left, right, and center, and somehow keeps putting up more and more points each week. There’s no simple explanation for the team’s success after losing so many key players, other than their ability to work together as a unit, instead of just a group of talented individuals.

Which rookie is more valuable to the Cowboys, Prescott or Elliott?

Thomson: The fact that the Cowboys have their head above water at the moment is largely due to Prescott’s ability to take care of the football. Consider last year’s horrendous run without Romo between Weeks 3 and 10, when the Cowboys lost every game and tallied nine turnovers. Elliott’s been great, but without Prescott the Cowboys would be trotting Mark Sanchez onto the field.

Sanderson: Finding a replacement for the best quarterback in your franchise’s history before he’s left is a task few teams outside the Green Bay Packers have accomplished. Elliott looks to be among the league’s best running backs already, but top running backs don’t last nearly as long as good quarterbacks, and quarterbacks like Prescott don’t come along often. The Cowboys may have lucked into finding the guy that will play under center for the next 10-15 years.

Browne: Ninety-nine times out of 100, a good quarterback will outweigh the value of a great running back. But this is the one percent. Prescott has surprised many with his veteran-like play. He’s made smart decisions, used his athleticism to great effect, and shown more accuracy and poise than he ever did in college. But Elliott is an otherworldly talent. With him in the backfield, it doesn’t really matter if Prescott or Romo is under center. This Cowboys team will go only as far as Elliott will take them.

What’s the main reason for the NFL’s ratings decline?

Sanderson: It’s become evident that the NFL is the bad guy. Everyone loves the players, but the league, Roger Goodell, and the 32 owners are almost impossible to root for. With the constant oppression of players trying to have fun while dodging long-term health effects the league refuses to acknowledge, the NFL has become frustrating to watch. Most fans will always want to see their team play, but to sit through an 11-hour Sunday watching a league force talented and charismatic athletes to act how their billionaire 70-year-old owners think they should is just insulting.

Browne: Let’s say you have a favorite pizza place. Every time you go there, it knocks it out of the park. You simply can’t get enough of that cheesy goodness. Until one day, it’s not quite as good. It’s not as fresh and the cheese-to-sauce ratio is off, but you forgive it and gorge yourself anyway because you love that pizza place. You go again and again, and it gets worse and worse. Your faith begins to erode. Then the breaking point comes after you’ve stuffed another greasy slice into your face, and you go, “you know what, I can’t eat this stuff anymore!” That’s the NFL right now. The rule changes of the past decade have begun to kill the quality of play on the field. It sounds harsh, but people will watch men bash their own brains into oblivion if it’s entertaining, but that’s not the case right now. The NFL has been living off past quality, and the fan base has finally gone elsewhere to fill their collective bellies.

Thomson: Many factors seem to be contributing to the relative lack of popularity the NFL’s experiencing, but this could just be a natural valley in the ratings as the country is preoccupied with other things. That being said, there’s definitely a social disconnect between the NFL decision-makers and the burgeoning millennial generation that needs to be fixed in order to grow the game.