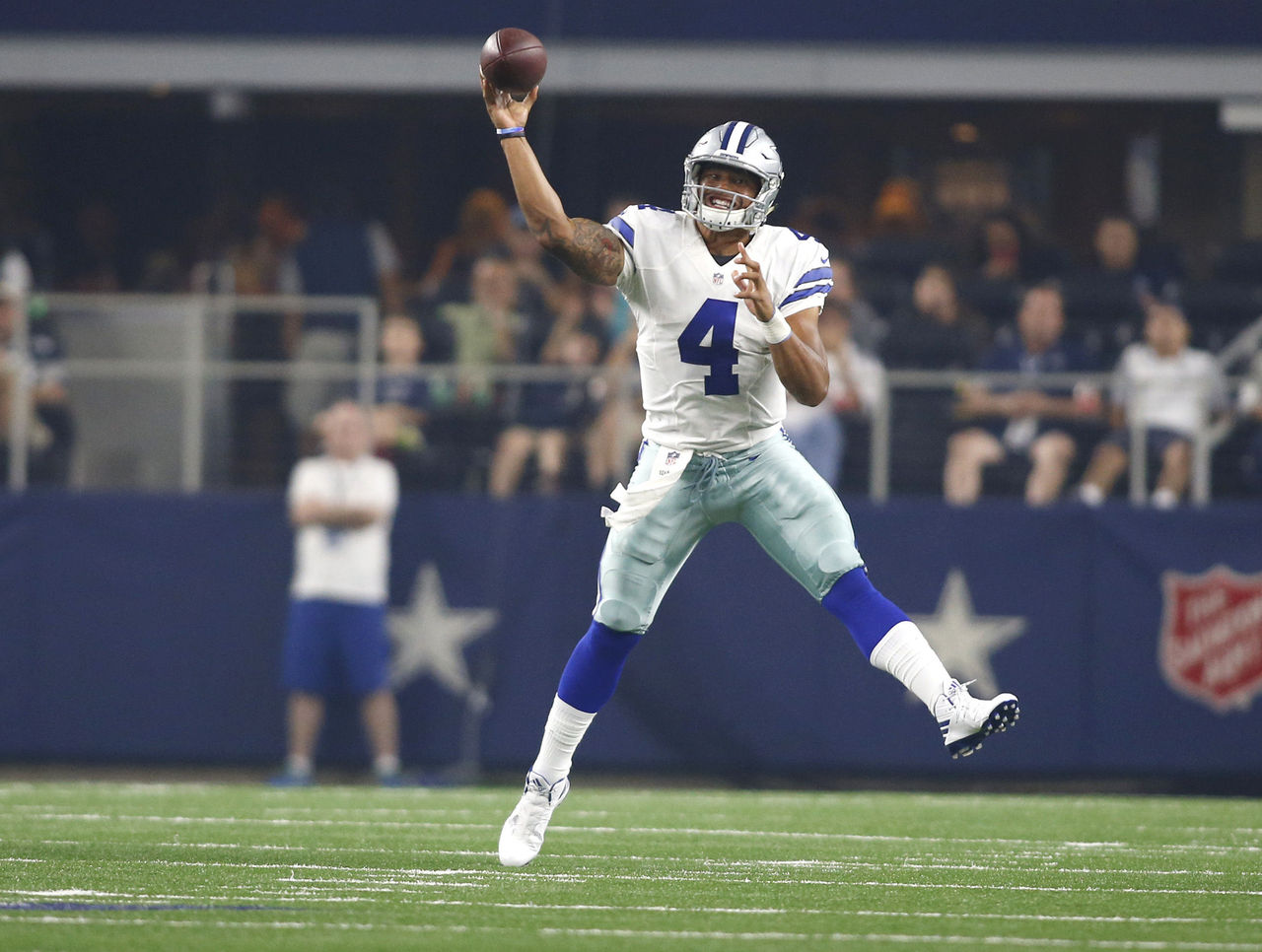 With more and more people flocking from the NFL product, it’s important to remember most teams have eight or nine games left in the 2016 season.

Let’s collectively try to get excited about the prospect of a Cowboys-Raiders Super Bowl. No? OK, but here’s three must-see games this week.

This season, the NFC East has actually delivered a product worthy of the myriad prime-time games it’s given.

In a matchup of overachieving rookie quarterbacks, what could go wrong? Carson Wentz was saved by a dreadful Sam Bradford performance in last week’s game (something many quarterbacks can say since 2010), but Prescott hasn’t shown any signs of falling apart yet.

Prescott is completing 73 percent of third-down passes. That’s the best mark since Steve Young in 1994, a year in which the 49ers won the Super Bowl. It’s hard to imagine Prescott continuing at this level all season, but we’ll see.

Are we watching the beginnings of a second straight mid-to-late-season collapse from the Falcons?

They were 4-1 this season before things started to go sideways, and 6-1 last season before six straight losses ruined any hopes of a playoff appearance. It seems to be weighing on head coach Dan Quinn, who went for it on fourth down in overtime for some reason.

After the game, he said it was a gut feeling. Our gut feeling is that Quinn will be fired if the Falcons crumble in the second half this season.

The Cardinals are coming off a tie and will need to start piling up wins if they hope to stay alive in the NFC West. But there’s good news for both sides: Bruce Arians thinks Cam Newton is a snazzy dresser.

This rematch of the 2015 NFC Championship Game might involve the two best teams with a combined four wins at this point in the season ever. Ah, 2015. It was a simpler time for these franchises. The Dab swept the nation while Carson Palmer performed a convincing impression of an elite quarterback.

Incredibly, whoever wins this game will still make the playoffs.